This was a difficult year for a top ten list. Not because there wasn't enough to choose from, or even because there was an especially large amount (I whittled the list from about fifteen down to ten(ish)), but because, aside from my #1, I had little idea where to place things. There were so many movies on this list that I liked as much as others, it was frustrating placing one above another. My #9 movie I liked almost as much as my #4 movie. But, watching every film on this list at least twice (one film five times), for you, the public, I got down to business and placed things in an order that best reflects my taste and preference for this past celluloid year. You can thank me later. 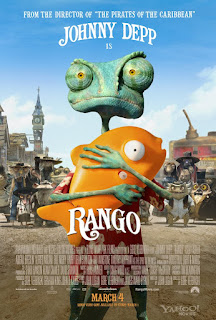 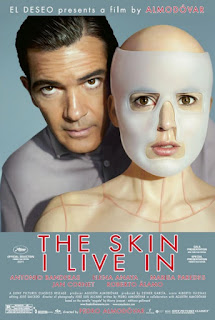 10. These two beauties tied for #10, not only so I could squeeze one extra film on the list, but because I just couldn't decide which one to drop. I loved them both equally. But don't think that means they have anything even remotely in common, it would be a pretty sick movie house that throws these puppies on a double bill together. Rango is a beautifully animated Western/Fear and Loathing in Las Vegas/Chinatown/Clint Eastwood tribute for kids (yes it is as awesome as it sounds), and The Skin I Live In is a dark, twisted tale of a sicko plastic surgeon, played to creepy perfection by Puss N' Boots, er, Antonio Banderas, who has a woman locked up in his house so he can perform various experiments on her. To say any more would be ruining it for you so I won't, although be warned, it's beautiful, but whacked. 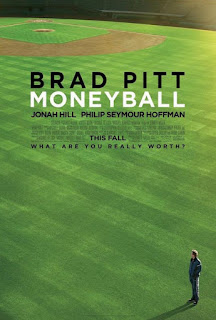 9. I'm loving Bennett Miller's film streak so far. He starts off in '98 with a little seen but amazing documentary called The Cruise, follows up with the also amazing biopic Capote and follows that up with Moneyball, a movie about baseball that you will love even if you hate baseball. Completely engaging, exciting, emotional and razor sharp. Still not a big fan of Brad Pitt's acting and that goofy half grin thing he's always rocking, but it's surrounded by so much greatness in this film, I barely noticed it. 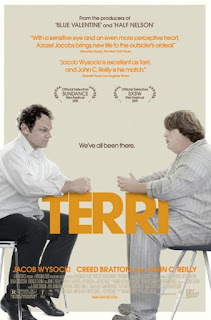 8. There's always a smattering of these low budget indie's every year that are seen by few but much loved by most who see them. Terri is a simple story that shows that the right amount of humour and heart can replace the millions in special effects and bloated salaries found in films you forget about before the credits roll. A very sweet film about a sweet kid. 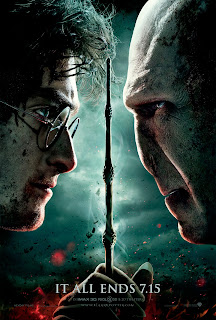 7. This film had to be...oh man, I want to use the 'e' word here but I won't, let's just say it had a lot riding on its shoulders. And after the odd moodiness that was Part 1, people were expecting a hell of an action packed feast to end things with a bang. Obviously if you read the book you knew the outcome, but whether you did or didn't spoil things for yourself in written word form before Part 2 hit, there was no denying that this final film in Harry's series of unfortunate events fulfilled on our expectations and filled our Potter hungry bellies like that one extra plate of turkey dinner you know you shouldn't have but eat anyway. A word to sum it up as the credits rolled: Satisfaction. 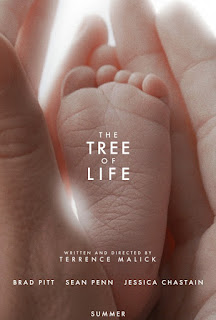 6. Terrance Malick is an acquired taste. There's no two way about that. His films take patience, open mindedness and a willingness to abandon all your previously perceived notions about the nature of typical film narrative. This is guy, much like Stanley Kubrick, who does what he wants, how he wants, and has earned the right to do so through a track record filmography that speaks for itself. So when Malick says 'I'm making a movie about a family in the 50's with heavy themes of redemption, forgiveness and loss, and I'm dropping an awe inspiring visual sequence concerning the origins of the universe in the middle and dropping dinosaurs into that' the studio heads say 'okay Terry, you're the boss.' 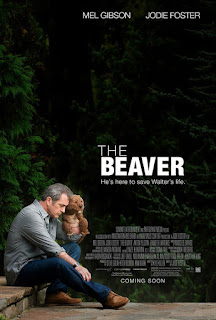 5. This movie, for reasons I won't and probably don't need to go into, just did not get a fair shake this year. Its release was already pushed back almost a year to begin with and then when it did come out no one seemed to notice, or care. That's really too bad because this is a really good movie. Mel Gibson gives one of his best performances, it's a dark movie with some beautiful scenes and in the end has a really good message. In another year, at another time, this would've been a hit. I feel bad for the people involved with this film. They were victims of the celebrity war machine. Innocent bystanders hit by stray bullets. 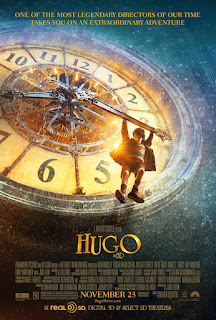 4. Can we just go ahead and call Scorsese the grand poobah of American film? At this point I would say his only challenger to the title would be Stanley Kubrick. Scorsese has done pretty much everything (except for animation and Westerns) and excelled at all of it. Hugo, his first family film, is not only a fascinating story of a boy who lives in the walls of a Paris train station, maintaining the clocks that tick and tock there, but a love letter to the advent of the cinema and probably a thank you from Scorsese himself for giving his life a passion and purpose he has said has literally saved it on more than one occasion. Exciting, beautiful, warm, amazing. 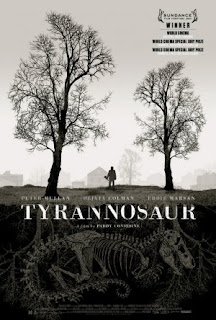 3. This was the most emotionally pulverizing film of the year. A dark and appropriately uncomfortably story of anger, abuse and redemption. It features the best ensemble acting of the year, and some of the most powerful scenes. It's not easy to watch, but sometimes movies aren't supposed to be to achieve the desired effect on its audience. And no it has nothing to do with dinosaurs. 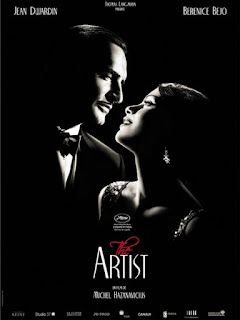 2. I in no way am an authority on the silent era of film, but I've seen enough of them to know that The Artist is a faithful throwback tribute to it. Yes the movie's almost entirely silent (except for a couple of ingenious uses of sound) is in full (rather than wide) screen and is entirely in black and white. You got a problem with that? Then you're cutting yourself off from one of the most exciting, dramatic, funny, entertaining and just downright enjoyable movies of the year. This one may well sweep the Oscars. Mark my words. 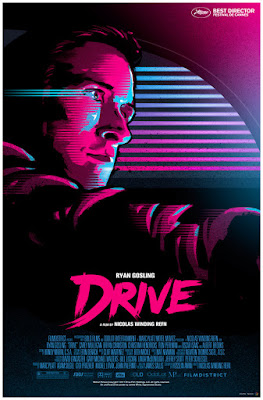 1. Drive isn't only the best movie of 2011. It's the best movie I've seen since There Will Be Blood in 2007 and beyond that it might be the best movie of the new millennium.
What makes it so great? I'm tired of talking about it to tell you the truth, that's all I've been doing since it came out. But its juxtaposition and use of visuals, sound, slow motion, music, violence and fantastic acting combine to make something that is unique and wonderful and moves me in ways I can't explain. And no, I'm not just crushing on Ryan Gosling. Well, not entirely.