The dark side of genius 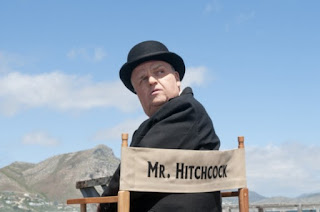 If there is one constant in Hollywood, it's that the more famous you get, the more scandal you will attract. I wouldn't say this is because famous people or larger than life figures are more flawed or peculiar than those of us who live in relative anonymity. I think if any person's life and movements were scrutinized and followed the way that celebrities' are, dirt would be uncovered, a slip of the tongue would be blown out of proportion, or a choice of clothing would be cause for a tar and feathering. After all, we all have skeletons in our closets. All of us. Most of us just happen to have the great fortune of most of the world not really giving a crap what they are. Make no mistake about it, fame comes with a price, sometimes a grave one, literally. Think about the number of premature deaths fame has directly or indirectly caused.
Directors and artisans behind the scenes of the movies that make you smile are often able to navigate their lives in peace and even obscurity. People like Terrance Malick, the late Stanley Kubrick, and even Steven Spielberg lead intensely private lives, despite being easily recognizable and having achieved great commercial successes, staying out of the media and the spotlight except for brief moments to talk about their films, or, more often, the films of people they themselves admire. If fame was forced upon me, and I got to choose the type, this is the type of famous I would choose to be. Private, but present. Unfortunately, it's not always up to people in the entertainment industry how famous they get to be. Or how private.

Alfred Hitchcock's name will forever be synonymous with the word suspense to describe a type of film. His name will go down as one of the most revered, critically and commercially successful and respected filmmaking talents of all time. His films will endure, and as long as they do, there will be people who will write books, concoct theories, assemble documentaries and study his films in between the frames with a fine tooth comb in an effort to get to the bottom, or have a better understanding of the man's genius. As they do they will uncover his good side: His uncanny ability to visualize a sequence in his head and then match that to what will occur on screen. His understanding of the role an audience plays in how effective a movie will be. His dark sense of humour and dirty anecdotes. The way he is able to pull great performances out of his acting talent by making them feel at ease, or keeping them in a state of tired desperation, depending upon what the day's scenes will call for. And his dark side: The dichotomy of an apparent misogyny coupled with an almost idolizing worship of his barbie doll leading women. The reports of sexual harassment and cruelty toward some of these women, even with his wife of decades standing just off to the side of his director's chair. The dirty jokes and anecdotes that sometimes go too far, or are aimed at someone in particular with the intent to do harm. The tactics that have brought some of his actors and actresses close to breakdown or have incurred physical pain to goad an appropriate performance out of them. Yes, sometimes his good traits would turn into his bad ones at the tip of a hat. Sometimes he would get bored. Sometimes he would get mean.

But what the hell do I know? I'm going on the things I've read by people that could never hope to be as celebrated or as respected as the man they're writing about. People who probably know, as all journalists do, that a saucy story is many times more interesting than a plain one. People who may be jealous or bitter of this man's success and therefore feel a self righteous need to smear his name all over the pavement and bring him back down to earth with the rest of us working class folk, toiling in the muck for a day's wages. Or maybe they heard it from someone who heard it from someone who heard it from someone who knew someone who was on set that day. That's not called an inside source folks, that's a game called telephone. And the last time I played it, the words that came out of the first person's mouth, weren't the ones to come out of the last.

So don't believe everything you read. Take a scandal, if you must take it at all, with a grain of salt and take HBO's new TV movie The Girl, about the working relationship of Alfred Hitchcock and Tippie Hedron, as entertainment, rather than a fact in the book of life. I don't know what happened between these two on the sets of The Birds and Marnie, or whether it was as harrowing and as creepy as this well made film makes it out to be. And neither do you. What I do know is that Toby Jones is brilliant and jaw dropping as Hitch, making up in vocal delivery and body language what he lacks in appearance and height. And Sienna Miller is wonderful as Tippie, playing fraught and sexy with an equal measure of excellence. And it's just a good story. And that's all it needs to be.