Oscar the grouch: Snubs and the conservative ideal at the Academy Awards

The Dorothy Chandler Pavilion resides in the Los Angeles Music Centre in downtown L.A. From 1969 to 1987 it was the sight of the annual Academy Awards ceremony celebrating the best in American film from the previous year.

March 31st, 1981. The 53rd Oscars ceremony takes place. Peter O'Tool, Robert Duvall, John Hurt, Jack Lemmon and Robert DeNiro will vie for Best Actor while Goldie Hawn, Gena Rowlands, Mary Tyler Moore, Sissy Spacek and Ellen Burstyn compete for Actress.
But while DeNiro and Spacek will leave the Pavilion later with the prefix 'Academy Award Winning' fastened to anything they do in Hollywood from that moment on, the thing that really matters that night, the Big Award, is Best Picture of the Year. David Lynch's Elephant Man, Roman Polanski's Tess, Robert Redford's Ordinary People, Michael Apted's Coal Miner's Daughter and Martin Scorsese's Raging Bull, all with a nomination and all in the running for the golden statue. Although, really, it isn't much of a competition, as everyone in that building knows, as anyone who saw the film knows, that Raging Bull has the award in the bag, just as Scorsese will win Best Director. 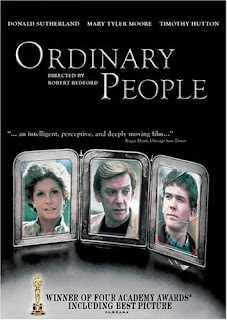 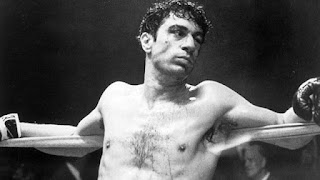 And as the evening winds down and the winners come and go, the big moments arrive: Best Director and Best Picture. Astonishingly, Scorsese doesn't win Best Director after all, losing to Robert Redford. Odd then, but not unheard of, for the director of a Best Picture winning film not to win for his hand in bringing it to the screen. But as the final envelope is cracked and the final winner announced, history is made that night. And the single worst decision, the single biggest snub in awards history has been made. Raging Bull, the movie that will universally be named the greatest film of the 1980's and one of the best films of all time, loses to Redford's Ordinary People, a film as boring as it sounds, a film nobody remembers or cares about, except to illustrate the incompetence of Academy voting. Not only was Ordinary People the worst film nominated that night, but the fact that it was nominated at all is a joke. Let's consider what didn't get nominated that year so that Ordinary People could have its day: The Blues Brothers (one of the greatest comedies of all time), The Shining (the greatest horror movie of all time), Airplane (another one of the greatest comedies of all time), The Big Red One (fantastic war film) and The Empire Strikes Back (speaks for itself). Hell, even Friday the 13th was a better movie than Ordinary People.
But the sad fact about the Oscars is that the Raging Bull/Ordinary People fiasco was, rather than a solitary blunder, an example of the kind of wishy-washy, conservative, uptight voting and consideration that would become typical of the Academy in the years to follow.

Now fast forward to March 7, 2010. The Kodak Theatre, Hollywood, California. The night progresses without much upset, everybody's winning what everyone expected them to win. And then we come to Best Actress. The incomparable Meryl Streep has the award in the bag for her outstanding interpretation of television chef extraodinaire Julia Child. The other women on the ballot; Helen Mirren, Carey Mulligan and Gabourey Sidibe all in the running for amazing performances of their own. The only real 'filler' in the nominations list is Sandra Bullock for her role in The Blind Side. Not a terrible performance, but nowhere near the level of the other women nominated. 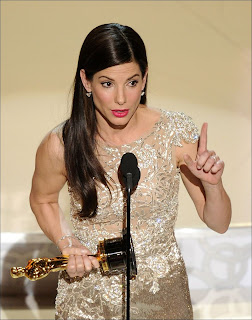 And so, as the envelope is unfolded and the name is read out, we have the second biggest upset, and worst decision, in Oscar history: Sandra Bullock, the filler, beats all these other amazing actresses in all these other amazing roles and wins the Oscar. And why? I'll tell you why. Because the Academy are a bunch of nincompoops. I can just hear the conversations going on in their special Academy offices that year:
"Are we just going to keep giving Streep all these awards, or should we give someone else a chance?"
"Well what about that new girl, the young one. Gabrielle something?"
"I liked the other young one, with the short hair."
"Mulligan."
"Hey guys, what about Bullock?"
(After an eruption of laughter) "Are you serious? Come on."
"I am serious. Listen, her films have grossed $3 billion, she's been around a while. Why not?"
"Bullock over Streep? Nobody'll buy it."
"They're going to have to if that's who we pick. What's wrong with upsetting the apple cart every once in a while?"
"Ah, screw it. I'm in."
"Me too."
"I don't care, I just need to be out of here by four, pick whoever you like." 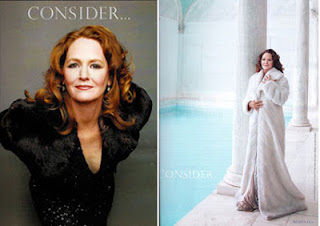 Bad decision aside (and there have been a few), there's also the politics to consider when Oscar season rolls around. The Academy has been known to snub more than a few worthy performances and films based solely on the fact that the actor/actress or filmmakers don't buy into the whole 'Oscar schmooze.' If you get nominated for an award, the Academy expects you to trumpet your nomination and do the press rounds like you're trying to win a primary. If you don't, you can almost certainly kiss your chances of winning goodbye. Whether you're expected to go as far as Melissa Leo did for her award for The Fighter and make a complete fool of yourself, I'm not sure. It seemed to work for her though. 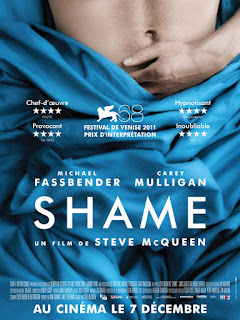 Finally, the Academy voters are becoming more and more predictable, and no less conservative, as the years progress. Certain Academy decisions continue to show a complete lack of interest in anything either; a. too riskque, or b. too popular. The fact that Christopher Nolan's Dark Knight trilogy didn't receive a single directing or best picture nomination shows that when it comes to comic book movies, the Academy just isn't having it. Add to that the 2011 film Shame, with its NC-17 rating and gratuitous, but appropriate, amount of sexuality/nudity, being completely ignored. And the film Drive, with it's excessive violence, in the same boat, and is there even any question that Spielberg's bloodless, cuss-less, sex-less Oscar-baiting Lincoln will walk away with the goods this Sunday? Not to me. I still feel that Raging Bull's undoing in 1981 was more about the violence and dirty language that fills the runtime than about there being a better film that year.

So as we head into the 85th Academy Awards this weekend, with the film world already abuzz in the latest example of the long line of Academy boneheadedness in Ben Affleck's directing nomination snub (he's been winning best director at every other awards ceremony this year) in the end, I guess, who really cares anyway. They're just awards. Oscars have made careers in Hollywood (Matt Damon and Ben Affleck) and destroyed them (Cuba Gooding, Jr.). Does their existence really perform a higher function than simply giving the richest and most famous an excuse to get dressed up and kissy face for cameras, providing the rest of the world yet another reason to feel bad about themselves because they don't look like they just stepped off a cloud in heaven?
And if you thought the best film of 2011 was Tucker & Dale Vs. Evil, is the fact that the Academy says it was The Artist really going to change your opinion? Probably not. While I do love the Academy Awards for the fact that every fall it gives us three solid months of fantastic moviegoing, my disillusionment with the decisions themselves have left me with the kind of shoulder shrugging indifference that probably won't change until the predicability of Academy voting does.

What's that you say? Am I going to even bother watching the ceremony this Sunday? Of course I am, it's Oscars, dude. The Oscars.
Labels: Articles