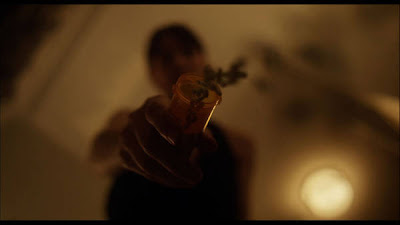 In the United States, approximately 40 million people suffer from an anxiety disorder. Many of these people suffer from more than one.
In the United States, 1 in 10 people suffer from some form of depression.
These are high numbers. Why so many are so anxious and/or depressed isn't known with any complete certainty, but it probably has at least partially to do with people working more now than they ever have, increasing stress, fooling people into thinking they can live above their means, thinking they can afford that bigger house, nicer car, or further away holiday destination. Until the bills come in and they realize they can only afford these things by working themselves ragged, causing stress causing anxiety and possibly depression.
It may also have to do with the America's financial woes. Perhaps not surprisingly, the last time there was such widespread anxiety and depression was following the great depression and stock market crash in the late 20's. The biggest difference between the anxiety and depression that plagues America now, as opposed to the late 20's, is the treatment of it. 1920's America didn't have the antidepressants and tranquillizers that 2013 America does. It didn't have the Celexa's, the Zoloft's, the Valium's, the Ativan's. In the 20's, anxiety sufferers had to deal with their conditions in different ways. So who is better off? The answer to that is debatable.

Side Effects, the latest, and apparently last, Steven Soderbergh film (he has said he intends to retire upon the film's release) is a film, on the surface, about these things. Depression in particular, and antidepressant medication in particular. It deals with a woman, played with jarring intensity and quiet desperation by Rooney Mara, who is struggling to ward off the depression caused by her husband's release from prison for insider trading and the upheaval that conviction has thrown her life into as a result. She begins to see a psychiatrist, played by the always dependably good Jude Law, an actor I like much more these days than I did when it seemed he was in every third movie that was released in Tinsel Town. After a number of medications cause unpleasant side effects without treating the depression, her psychiatrist puts her on Ablixa, a new antidepressant medication still in it's initial stages of treatment. The medication works wonders but causes an odd, sleepwalking side effect, which causes Mara's character to do odd things in the night.

That's the basics of the plot, but in no means the whole story. The rest of the film, and its many twists and turns, cannot be revealed without entering spoiler territory.
What I can say is that Side Effects is a train that seems to be going one way, then switches tracks and is suddenly headed in a whole other direction. It does this a number of times, making it largely unpredictable and easily holding the interest of the viewer throughout.

Aesthetically, the film is very similar to Soderbergh's Contagion, from a few years ago. They look the same, deal with (ballpark) similar issues and both star Jude Law. Overall, I think Contagion was a better film, but Side Effects is pretty close.
Soderbergh is a bit of a directing chameleon in that he could make ten films about ten different subjects and give them all their own look and feel. Just look at Haywire, an action film he made the same year as Contagion, it looks, feels and plays completely different from Contagion. Then look at Magic Mike from the year after. Same thing. That's versatility. That's talent. With this film he uses angles, framing and particularly focus to imply and enforce things visually as much as narratively.

By the end of the film, with all the twists revealed and the story spun, one of three things will probably occur to you:
1. You'll find the tale highly improbable, the twists cheesy and the narrative weak as a result.
2. You'll find the tale highly entertaining, the twists clever and the narrative intense and exciting as a result. Or
3. You'll be confused. Unsure if your confusion is a result of your not being quick minded enough to keep up with the story, or as a result of an overload of information in a compressed runtime.

My final impression was a little slice of all three. It's very well made and acted, it's engaging and interesting and unpredictable, but it's also a little silly and corny in spots and even slightly confusing. If this truly is Soderbergh's final film then so be it. Not a swan song to be sure, but no sour note either.