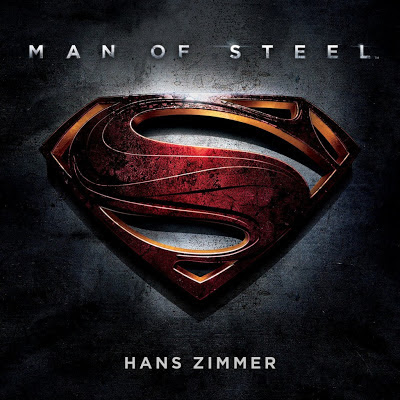 Man of Steel has been taking a lot of flack from the critical masses for its 'lack of fun.'
It's too dark, too serious, too grim. There's no pep or verve, no humour. Hell, there isn't even really any Clark Kent.
But is it really all that surprising? The film was produced by Christopher 'Dark Knight' Nolan's Syncopy, Inc. Nolan also developed the story with Knight-scribe David S. Goyer, who wrote the Steel script. And if all that wasn't enough, you've also got the score of the film penned by Hans Zimmer. Another alumni from Dark Knight U.

The Man of Steel soundtrack dropped three days before the film did. This is a common practise, as it helps to whet the appetites of the awaiting masses who have been spoon fed tastes and nibbles of the film in question for probably well over a year.
In Man of Steel's case, anyone who purchased the score that Tuesday would have been given a pretty hearty tip in the direction the film was taking.
In the same way the Dark Trilogy scores were, Man of Steel is full of dark, ominous tones and sweeping, swelling orchestrations that give way to thumping, galloping hard edged rhythms.

If you've seen the Nolan Batman's, or, particularly, if you've listened to the soundtracks all the way through, you'll no doubt hear overlapping themes and musical cues on this one. And while it would be nice for film composers to write each film its own unique musical accompaniment, this is often not the case. Even Oscar gobbling maestro's like John Williams borrow from themselves, at times to the extent of actually transposing pieces of older scores into newer ones.
If you're familiar with Hans Zimmer's work, with or without Christopher Nolan, you'll recognize bits and stringed pieces of his other films weaved into this.
But thankfully, unlike John Ottman's Superman Returns score, which used John Williams' original as a springboard, Man of Steel contains no bits of nostalgic hat tipping to that dated 70's flight of fancy at all. Instead, he uses his own previous work as a starting point and improves upon it.

To say this is Hans Zimmer's best work is selling the whole score short. I don't listen to film sountracks a great deal, but I have heard a few and this is bar none the best movie soundtrack I've ever laid ears on.
The whole experience, particularly if you listen to it end to end in one sitting, is emotional.
From the quiet opening strains of 'Look to the Stars' to the intense, angry thumping of 'Oil Rig' to the wailing stringed sorrow of 'Krypton's Last' before it gives way to a thundering, operatic ten minutes of 'Terraforming,' this baby has it all.
'Launch' and 'Flight' are two of the most perfectly constructed superhero themes that have ever been composed by man or beast. Their intense representations of danger and adventure feeding into the spectral sounds of a phantom choir sending their silky voices after strings that bend, slide and moan all over the staff. It's powerful stuff.

Regardless of your feelings for the film itself, there's absolutely no denying that the Man of Steel soundtrack is one beautiful, moving piece of art that can be just as enjoyable whether you saw Zack Snyder's Super-reboot or not.
It complements the film in such a way that without it, it wouldn't have been the same movie and it certainly wouldn't have been as good.
Is it something you're going to pop in with the sun roof down on your way to the beach, or sitting out on the porch with a Corona on a hot summer evening? No it's not. It has its time and place.
For my kids, for instance, its time and place is whenever they want to dress up in makeshift capes and air pummel invisible bad guys in time with the music. And what greater complement is there for a composer than that?