Not nearly as fun as a pair of dirty pillows 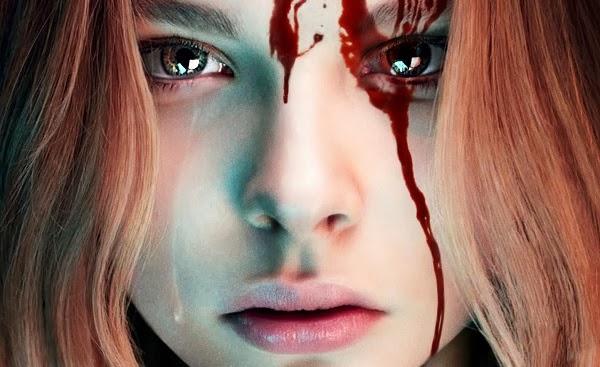 For those that don't know (I'm sure nearly everyone does), Carrie is based on a movie that was based on a book. Stephen King's first published novel became a freaky, instant horror movie classic when Brian DePalma adapted it for the screen in 1976. Here's the thing about that. 1976's Carrie is a really good movie. It had, for the time, cutting edge special effects, perfectly cast and acted roles in Carrie and her mother and a hell of a final shot (pun intended). Why, why do filmmakers ever think it's a good idea to remake a classic film? Well, I know why. The moola. So much of Hollywood's population walk around all day with dollar signs where their pupils should be, I'm amazed any of them are able to walk straight. Artistically though, it never works. Remake a bad film that had a good idea, I can see that. Bring back a character from a classic film and give us another chapter in his life years later, a la The Colour of Money, I can see that. But take an awesome film from the past and do it over? That's like taking a book from the Bible, updating it with current slang and changing one or two plot points to better fit the new take and then pawning it off for a payday. 'Check it out kids, it the iBle. Now 10% hipper.'

And speaking of theology, how about that Julianne Moore? In the original film, Margaret White was played by Piper Laurie in a performance of inspired lunacy. Hard to beat, or even to match that, but Moore gives it her best go. She isn't as good as Laurie was, cheese and insanity don't fit her skill set as an actress quite as well as they did Piper's. But it's a hard role to play.
Chole Grace Moretz, on the other hand, was dead wrong for this role. Something I never thought I'd say about her as I consider her one of the finest actresses in Hollywood right now.
I just never bought her as a weird, shy, unpopular outcast. She's too pretty and too naturally cool looking. Plus, once you've seen Sissy Spacek as Carrie in DePalma's film, you'll never buy another actress in that part if they remade the movie once a week for the next thirty years.

One element that wasn't on Chloe's side was the writing. Apparently written as a more faithful adaptation of the original novel, this script is about as by the book as horror films get, with all the cliches and silly dialogue that usually accompanies one. The supporting cast was also a big, fat, Christmas turkey. None of these people can act. I'm sorry if any of them ever stumble upon this review, but there it is. It's very distracting when poorly written lines are delivered with poorly acted performances.
I haven't seen the '76 Carrie in a couple years, but I didn't see anything in this new version that wasn't in the other one. King's novel, rather, novella, isn't much bigger than a screenplay to begin with, so how much would they have had to change? I smell a marketing ploy.

Finally, Carrie, apart from how entertaining, or well or poorly made it was, is just an irresponsible release for this period in history (I'm about to get into a couple spoilers in the next few sentences here, so if you haven't seen the other movie or read the book, be aware of that). Considering all trouble the world, and particularly North America, has had with violence at school's this last decade or so, is it not in very poor taste to release a movie who's message seems to be, 'if you're bullied by your schoolmates, you should kill them all?' I know the original novel and movie have the same climax, but things were different then. In 2013, releasing a movie where a bullied teen gets even with her students by locking them in a gym and trying to kill them all at their prom is ridiculous. 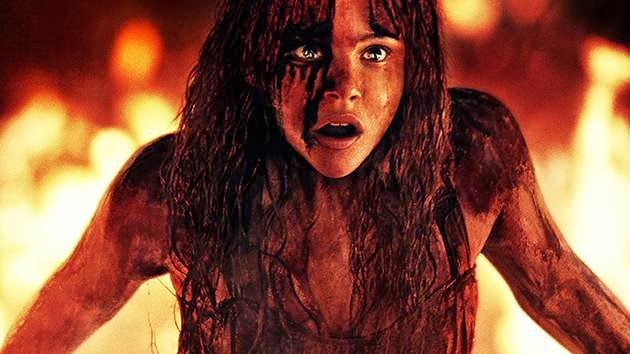 This thought didn't occur to me going in, even though I was aware of the scene from the other adaptation. But sitting there watching kids getting murdered by their classmate was stomach turning. I know horror is supposed to turn your stomach, but it wasn't that type of nausea. It was tragedy on the six o'clock news nausea. Just one more reason this movie didn't need to be made.
By now you've no doubt culled from my rantings and observations that Carrie (2013) is a piece of crap. It's poorly made, acted and in poor taste. I know a lot of people get a kick out of hitting up a horror movie on Halloween night. Take it from me, this year stay home and watch something on TV.

Verdict: I think the verdict has been reached.