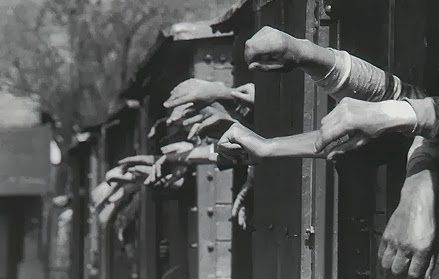 Something I occasionally think about when I watch pre war films (WWII) is what it would be like to be the people in those movies, bereft of the horrors and atrocities those of us of the past few generations have had uncomfortably etched into our minds.
No images of people falling from the twin towers, of terrified students and teachers running from another senseless school massacre, of destructive hurricanes and tsunamis and earthquakes. And of pictures taken at Auschwitz, that bleak hell on earth campgrounds that became the most infamous site of the Holocaust in the early 1940's during WWII. Of bodies piled high like discarded matchsticks and claw marks on walls in bunk rooms...and furnaces.
I watch a film like Schindler's List, which is resolutely the greatest account of those horrible times put to film, and it pisses me off. How the hell did we, Earth, let something like that happen? Why didn't somebody put a stop to it before it got so out of hand? What took other countries so long to respond?
Of course I know that these are questions with complicated and lengthy answers and it wasn't as simple as someone waltzing up to Hitler, slapping his hand and saying 'Adolf. No!'
But it enrages me nonetheless. I wish humanity didn't have this ink spot on the lapel of its sport coat, but it does. And it's as important, especially today, to remember the horror, as it is to remember the liberation from it.

When Schindler's List opened in mid-December 1993, Steven Spielberg had already had a hell of a year. Jurassic Park was released that June and broke every record there existed to break by summer's end. And Jurassic Park was no Indie darling on a shoestring budget. It was the most expensive movie ever made up to that point and featured game changing special effects so realistic, you wondered who Spielberg found to train the T-Rex.
So for Steven to release Schindler six months later, with it's scope and horrific beauty and achievement, was kind of mind boggling. Of course, I was nine when these movies were released and due to how scary Jurassic Park was (and is) and how frank and disturbing Schindler's List was (and is), I wasn't seeing either one for a few years yet.
But it still boggles my mind in 2013 that two such superbly crafted masterpieces with a combined runtime of five and a half hours could drop from the same man so soon. It's like someone giving birth to two babies six months apart. 'How did you do that exactly?'

I think people get this idea of Schindler's List in their heads that it's little more than three plus hours of relentless brutality and sadness. Important, but punishing. I've felt that way and it has kept me from watching this film more than a once every ten years or so.
But I found tonight that it's not as unwaveringly difficult an experience as I thought.
I don't mean to sound trite or downplay the very realistic looking violence or the overall oppressiveness of the subject matter, but Spielberg does provide us with opportunities here and there to loosen the reins a bit. Which is smart as the moments of levity keep us going during some of the more shocking moments.
There's also, of course, the story of the 1,100 'Schindler Jews' from which the title is taken that lifts a great burden from the viewer and actually even provides opportunity for feel good moments in a film from which you wouldn't expect them. 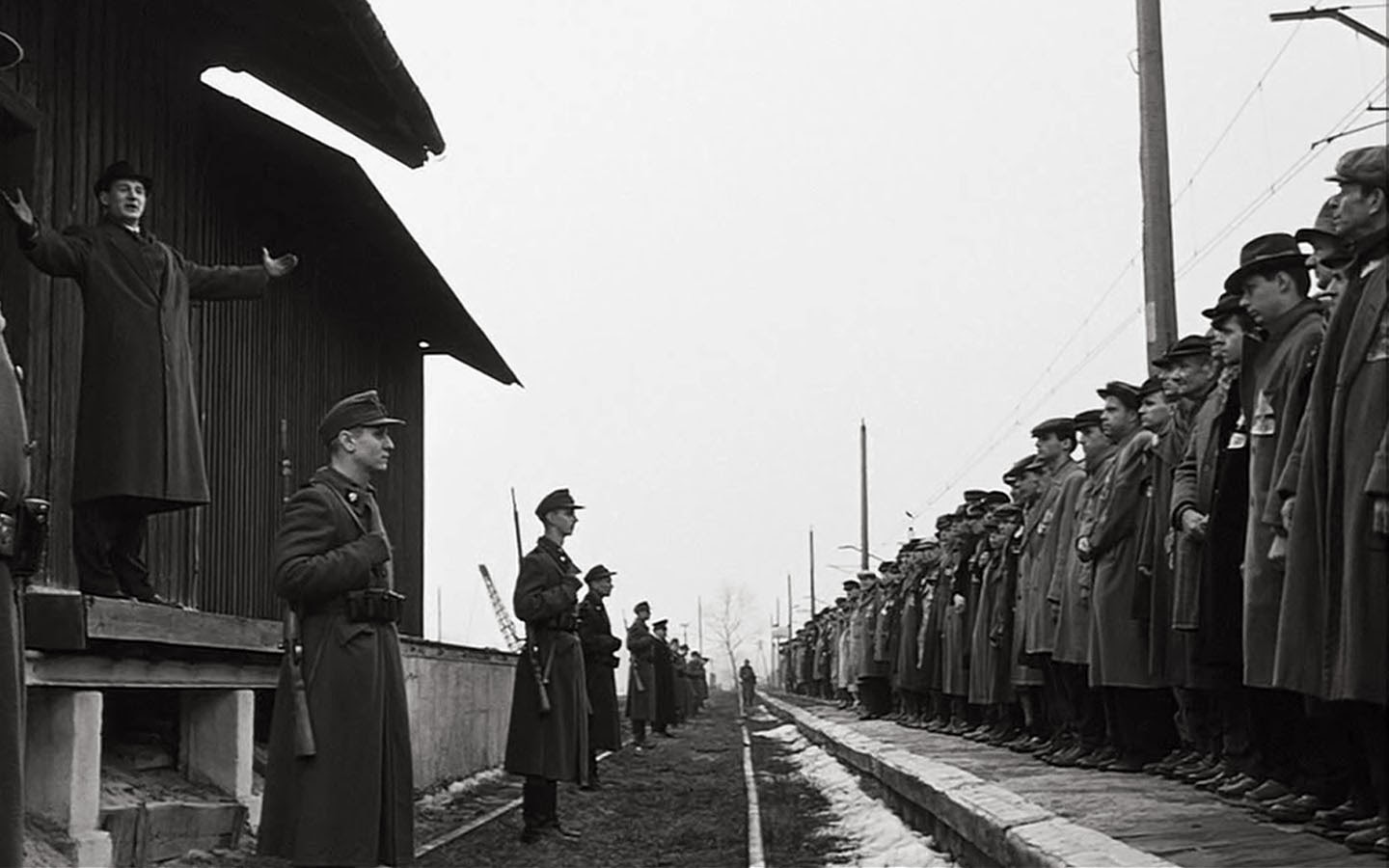 Schindler's List is a beautiful looking film. It's beautifully shot and framed and at times has breathtaking scope. But it's also an important movie. Not because of how much money it made, or how many top ten lists it topped that year, or that it won a bunch of awards. This film and its very true story stands above and are more important than awards or ratings or ticket sales. It tells us of an important and horrible time in our history, but more importantly, it tells us of a man who did what he could to combat it. And in doing so saved 1,100 innocent souls. 1,100 might not seem like a lot when placed in the context of the millions who lost their lives, but as Ben Kingsley's character says to Liam Neeson's Schindler at the end of the movie, 'there will be generations because of what you've done here.' Every single solitary life that flickered into history as a result of what Schindler did during the war knows the value of even one life saved.
That's the message I was left with at the end of this film. I believe that's the message Spielberg intended. And that message could not be more apt today, tomorrow, or twenty years from now. 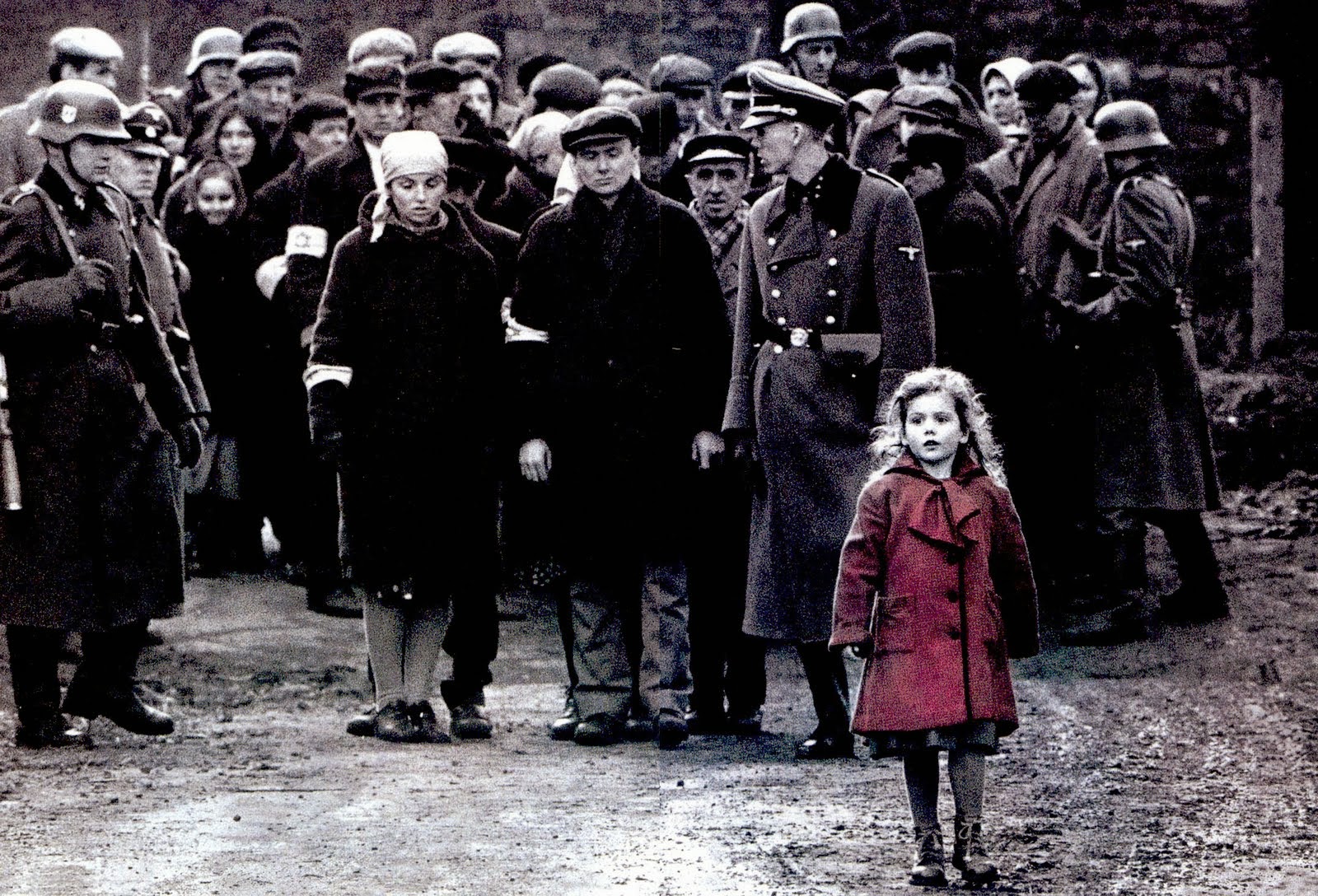