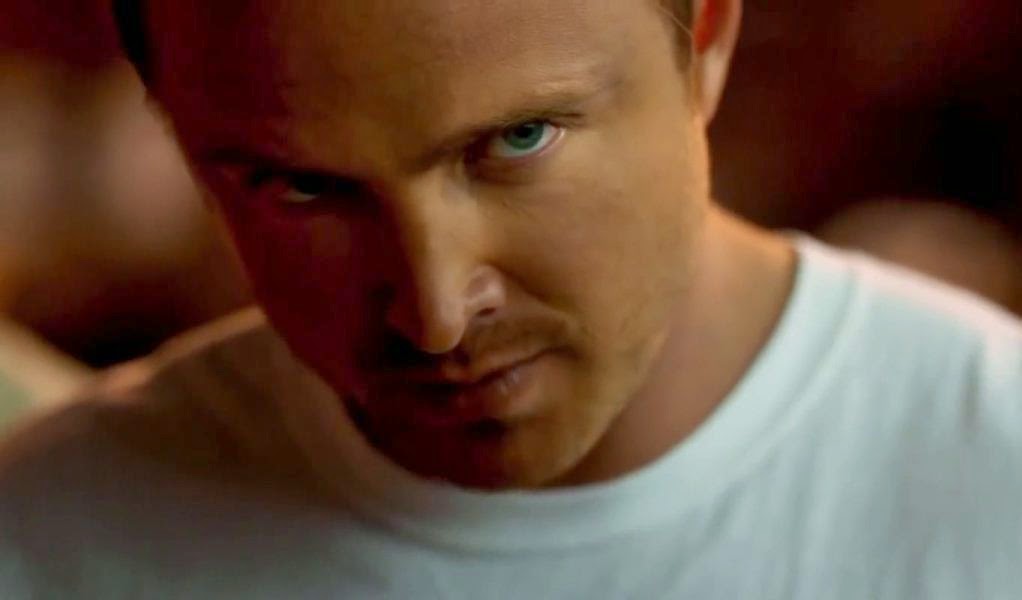 I refuse to believe, refuse, that the makers of Need For Speed were trying to make a good movie in the general sense of the word. This is an amped up car show. An exercise in practical special effects and a tie-in property using a popular video game and the recent success of one of the biggest dramatic television series of all time to sell tickets.
Any other explanation for the script just wouldn't suffice. Truly, this is a movie that could have been written, dialogue and all, by my six year old son.

That being said, let's look at the talent behind this thing: the film was directed by Scott Waugh. Sound familiar? No, probably not. Scott has directed only one other feature, the shameless propaganda piece Act of Valor. Before that he was a stunt man and stunt coordinator on TV and film from the late 80's onward. So, good guy to make a movie about fast cars going fast and banging into each other. Maybe not so good at telling a gripping story. The movie was written by George Gatins. Another person who's name you'll recall...not in the least. Need For Speed is his sole writing credit. His other credits include being a third line producer of crappy teen comedies nobody's seen.
How these guys were given $66 million to helm a movie is beyond me, but good for them for making it happen.
One name you will recognize adorning the poster for the film is Aaron Paul's. Paul is kind of a hot property right now, coming right off of one of the most popular television series of all time. This is another thing I'm having trouble understanding. This guy is primed for doing anything he wants. Aside from the already annoying and overused catchphrase of 'yeah bitch' probably following him to his grave, I wouldn't say Jesse Pinkman was such a defining character that Paul would need to worry about being typecast. So why go and make a crappy muscle car movie for wing nuts? Why not take the Ryan Gosling and Leonardo DiCaprio route of sticking at first with smaller paycheques and better movies? After spending six years reading scripts of the quality of Breaking Bad's, you're telling me that Need For Speed is the script he read that made him say 'oh I'm doing this.' Then again, maybe the money was just too good to turn down.

The plot: There's a good guy drag racer and a bad guy drag racer. They don't like each other. Some feud from years ago that's never really explained and that we don't care about anyway. They decide to race each other one day. Something happens, someone's killed. Bad guy racer frames good guy racer and good guy goes to jail. Good guy gets out of jail. Good guy makes his way to a big, illegal street race where he will square off against bad guy racer once and for all and thereby 'settle this behind the wheel' (actual quote). I'm bound by laws of non-spoilage but you know where this is going and how it will end.
Again though, nobody's going to Need For Speed to hear a good yarn. They're going to see fast, expensive cars go fast, expensively. And in that respect, hold onto your hats here people, this is actually a pretty good time.

I'm not, nor have ever been, a car guy. I don't know about pistons or horsepower or crankshafts or cab...covers? I don't even know how to change my own oil. One time I spent five full minutes in the freezing cold trying to figure out how to open my gas tank cover, only to realize there was a release switch on the inside of the door. Truly, I am an auto-illiterate. So seeing half million dollar cars moving at ungodly speeds and revving their muscular engines doesn't do much for me. If you are a car person and those things do much for you, you will love this movie. Like the Fast & Furious franchise, it's the car lovers who will get the biggest kick out of car movies. One thing I can say for Need For Speed, as an auto-illiterate, is that what it does in the way of special effects, it does well. The filmmakers have said that all the stunts performed in the film were done organically, without any CGI. That's already immediately impressive and immediately suspect, as nobody does stunts organically anymore. But I'm here to tell you that I fully believe every stunt in this film was done without the magic of computers. The races in the film feel fast, exciting and dangerous and the bang ups and explosions, while way over the top in at least two instances, felt real. If you're going to see this movie for the cars, the racing and the thrill of hundreds of thousands of car dollars breaking 200 miles per hour, then you won't be disappointed.

It's difficult for me to recommend a film that is inherently bad. The story is awful and doesn't even try to make sense much of the time. Plot points are left hanging, or dropped entirely and tied together with some of the cheesiest b-movie dialogue this side of a Roger Corman picture. The acting is passable. Aaron Paul is ok. He spends much of the movie brooding or crying. He's actually very adept at turning on the waterworks. Maybe it was all that practice on Breaking Bad. Maybe he grew up near a busy street and saw a bunch of beloved pets get run over when he was little and is able to tap into something there when need be. Either way, he's a good crier and gives a decent tortured soul performance here. But if you're into the car stuff and looking for an overlong movie with fast cars and crazy, organic stunt work, leave your brain on the mantle at home and head out and enjoy Need For Speed, before it's gone. Which will be soon. Trust me.

Verdict: Good for muscle car lovers and stunt junkies, bad for everyone else.