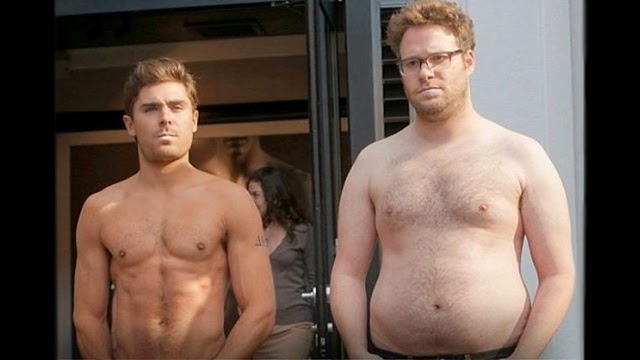 It's hard to say this without sounding as if I'm completely insulting Seth Rogan, but I couldn't help thinking while watching Neighbours that he's basically become the R-rated Adam Sandler. You buy a ticket to a Sandler movie, you always know what you're going to get. You know without having to see a trailer. Just the fact that he's made another movie, whatever it's about, you know what's waiting for you in the dark on opening weekend. That's what direction Seth Rogan is headed. That Apatow brat pack comedy raunch that felt so fresh and so new a few years ago is becoming a little tired and predictable. Just look at Apatow's own This Is 40. If it had come out five years earlier, it would've played much better, seemed more exciting and felt less like the treading of water.

As far as Neighbours is concerned, the filmmakers are aiming for a target audience and I have no doubt that the arrow will hit the bullseye for most of them. When you strip the movie down to its bare essentials, which is easier to do than it should be, what you come away with is an hour and forty minutes of high crass humour which is consistently funny, but almost wearingly so. There are so many jokes in this movie in fact, that they didn't leave room for anything else. Plot, decent dialogue, a proper climax, well rounded characters. Every character in this film is a stereotype. Every one. And they're all written like cartoons. Cops, university Dean's, real estate agents, they're all over the top caricatures, more concerned with spitting jokes than making sense.

That's the bad stuff. On the plus side, as I said, the thing that Neighbours gets right is the one things the movie should get right: being funny. I've been nailing this point home from the beginning, but if you laughed at Superbad, if you laughed at 40 Year Old Virgin, if you laughed at Forgetting Sarah Marshall, which was also directed by Neighbours' director, Nicholas Stoller, than you will laugh at this. And if all you're looking for is a hearty laugh, than ignore everything else I've said and go and see it. Everyone else will be. If there's one thing Seth Rogan can take comfort in in being the R-rated Adam Sandler, it's that for all the critical bashings they take, Adam Sandler movies never fail to make a boatload of money.

Verdict: Overly familiar and more concerned with jokes than plot, Neighbours sees the Apatow style of comedy continuing to wear thin as the years tick by. But for fans of this type of movie, there are a lot of laughs within.