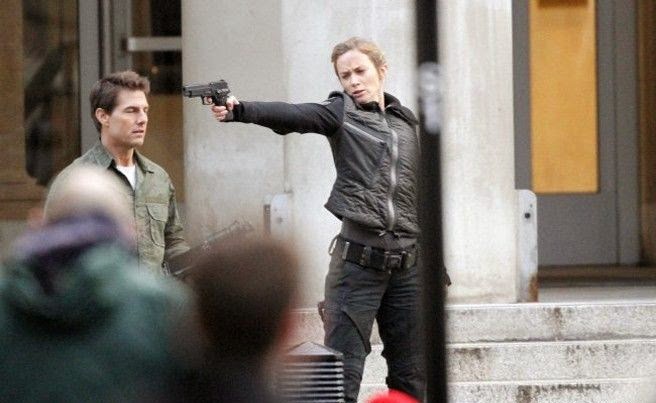 I used to fantasize about being Bill Murray in Groundhog Day. Being able to repeat the day, take different avenues into different corners of your world. Being a different character every day. Today, I'll be a bank robber. Tomorrow, a hero. I think invincibly was the most attractive aspect of that day dream. You can die a death every day if you want, because you can't. You'll just wake up the next morning and go again. Like a video game or the idea of reincarnation taken to its most specific and explicit form. It's fun to imagine how fun it would be. For a while. The fantasy would, however, always cower under dark clouds eventually, if I spent enough time with it. There would always come that moment when you imagined what it would be like to be a human repeat button after a month or two, or a year, or a lifetime. How horrifying that would be. How empty your existence would become. A literal prison where getting out of bed is a meaningless chore and you are, for all intents and purposes, the most truly alone person on earth. Good times.

This sort of scenario, as fun as it can be to imagine for the former, can help you to truly appreciate the life you've got, as limited as your time may be in it, when contemplating the latter. And given the rich cinematic potential this unique nightmare presents, I'm surprised there haven't been more than the half dozen or so films that have utilized it.
Edge of Tomorrow, based on the Japanese 'light novel' All You Need Is Kill by Hiroshi Sakurazaka, takes this concept and crafts one of the most intense, thought provoking, exciting films of 2014. I don't care how many masterpieces are awaiting us during this fall's Oscar run, you will see this film in my Top 10 list come December 31st. 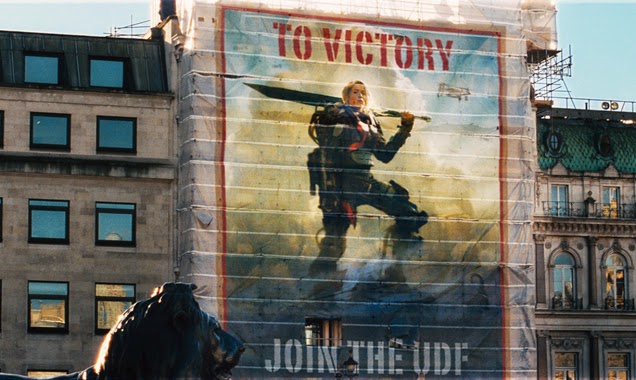 Poster boy for love him or hate him superstardom Tom Cruise plays Major William Cage (no relation to Nic), a recruitment spokesman for a war Earth is currently fighting with some hostiles from another planet. Frightening little alien beasts with wormy bodies and bad attitudes. When he is forced into battle himself, he is burnt to death by alien goo which, for reasons too complicated and involved to type here (and because I'm too lazy) grants him the ability to start the day over every time he dies. This gives him plenty of time to hone his battle skills, trial and error his way to winning the war and win the heart (again, and again, and again) of the fair maiden Sergeant Rita Vrataski. A killing machine known as the 'Full Metal Bitch', played by Emily Blunt.

That much doesn't tell you anything you wouldn't know by watching the trailer. Those are surface details however and once inside this mind bender, you'll have no shortage of twists, turns and revelations to keep your eyes glued to the screen and your hand inside that sweaty bag of popcorn (movie theatre popcorn isn't good for you. Try popping some at home with coconut oil and sneaking it in. Your organs will thank you).

Edge of Tomorrow features some truly stunning special effects. The battle scenes in the film feel as chaotic, frightening and visceral as you'd image they should in real life. Even as Tom Cruise's character dies again and again and again, the repeated parts of his day are always a welcome sight to behold every time. And the slight variations keep the movie feeling fresh.
Cruise and Blunt are great in this film. I don't hate on Tommy boy the way some people do. I admire how intense he is in all his movies. I admire that he does most of his stunts himself and how cool he looks when he runs (it's truly a fine art to be able to run at full tilt and not look like a knob). I think he's a great actor and that's all that matters to me. How he carries himself in his personal life is inconsequential to his ability to entertain me in the dark (that sounded naughty).
And Emily Blunt, well, apart from being a fine actress in any genre, also happens to sit pretty high on my movie crush list. But she isn't here this time to look cute and sexy (though she still does), she's here to kick some ass (if those aliens have asses, it's hard to tell). And she does. She kicks alien ass and she even kicks Cruise's ass a couple of times. She also has great chemistry with Cruise and has no trouble keeping up with his energy throughout.

Movies are meant to challenge. A truly great movie experience shouldn't be rated on a scale of good or bad, fun or boring. It should be rated on how well it penetrates. How well it ignites emotions and gets your brain cells popping with activity. It should stay with you longer than the time it takes to get to your car afterwards. It doesn't need to be so complicated and intricate that it threatens to come off as pretentious. It doesn't need to be filled with gorgeous A-list talent or feature a budget that could solve poverty and hunger in half a dozen countries around the world.
And while The Edge of Tomorrow has some of these things to be sure, but it's so much more than the sum of its parts. While utilizing it's star power, it's array of realistic and bombastic bookshelf effects and it's witty, well written, funnier than you'd think script, at its core, it's just a hell of a good story, well told. You don't need to repeat the same day over and over as Bill Murray (or Tom Cruise) to know that when all is said and done, a good story is often all you need. That and a sweaty bag of theatre popcorn. Which isn't good for you.

Verdict: Thinking man's sci-fi that makes good use of its resources and creates one of the best films of 2014 thus far.