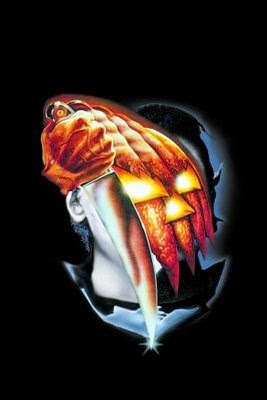 Some of history's most effectively scary horror films have been exercises in minimalism. The Blair Witch Project, Paranormal Activity, Friday the 13th, Saw. All movies that were made for under a million bucks (way under in the case of the first two) and ended up making multimillions. Halloween, released in 1978, was the trial blazer. And not just for cheaply made spookies either. It literally spawned an entire genre of horror film: the slasher.

Made for just over 300 G's, it ended up raking in 70 million(!) at the box office, and hasn't stopped making money since.
Those are cool figures and the backstory is as entertaining as the movie itself (check out the amazing making of documentary A Cut Above The Rest), but what I love about this film isn't the payday it generated. It's the simplicity.

Halloween, like Blair Witch and Paranormal after it, is literally a movie almost anyone could make. What you'd need: a tall dude in a mask; a suburban street with a couple of cooperative house owners; a small cast of relatively hot high school kids; a couple of butcher knives; and a camera. That's it. There are no movie stars with movie star salaries. No complicated camera tricks that would take days to set up and film. Not really even any special effects to speak of outside of a couple of deaths and face off's that don't even show any blood.
In fact, the lack of blood in this movie really surprised me. It's a testament to director John Carpenter's ability to wrench suspense out of every frame of this film that in my head I remembered Halloween as another gory horror a la A Nightmare On Elm Street. Hell, the goriest scene in the whole movie is when two characters happen upon a mutilated dog and comment on the fact that the killer couldn't wait to get his hands on a human victim, he needed to kill something, anything, and that dog's guts are the result. The dog is never shown. The characters literally stare off camera at the ground. But we can imagine a dog lying there turned inside out. And what we stamp upon our own mind's eye is without doubt far more gruesome than what the film's effects department could come up with. If it had an effects department.

It's funny watching the credits roll by at the beginning and end of the movie. There's only about a dozen different names and many of them appear multiple times in different capacities. Even to watch the film, it feels like the product of a group of friends fooling around with a camera on the weekend.
Which isn't to say it's amateurish or ineffective. Just the opposite. It's gritty, low budget aesthetic works perfectly for the story it tells. Just watch Rob Zombie's 2007 remake for an idea of what the film would've looked like if the filmmakers had the coin for expensive gore effects and slick production. Much, much less scary or interesting.

The plot of Halloween is another device of simplicity that greatly works in the film's favour: a masked killer escapes from an insane asylum and stalks a group of babysitters. Sounds cliched in 2014, but in 1978, that was a fresh concept. And it works because it's primal. There will always be babysitters and there will always be kids that need to be babysat. The filmgoing world has become much more desensitized since the late 70's, but back then, in an era where kids would leave the house in the morning and play until dark, and people left their doors unlocked, a movie about a faceless killer who plunges butcher knives into babysitting teens would've hit the fear button pretty hard. 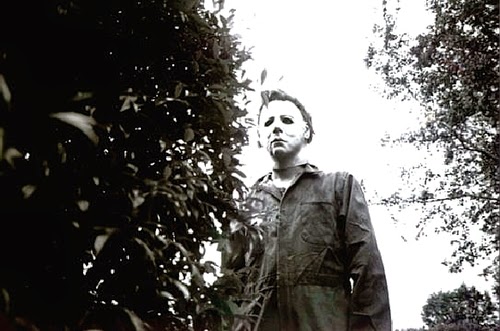 Which brings up the problem with Halloween in the new millennium: it really isn't that scary anymore. Some people have even made a case for its not actually being a 'horror' film and placing it more resolutely in the 'thriller' category. I wouldn't go that far. Although Carpenter does employ his inner Hitchcock throughout, putting far more emphasis on tension than out and out scares. It's still a horror movie the way that Psycho is a horror movie. Dated, but fun. Like spaghetti that's been in the fridge a couple of days: it tasted better when it first came off the stove, but it keeps for longer than you'd think.