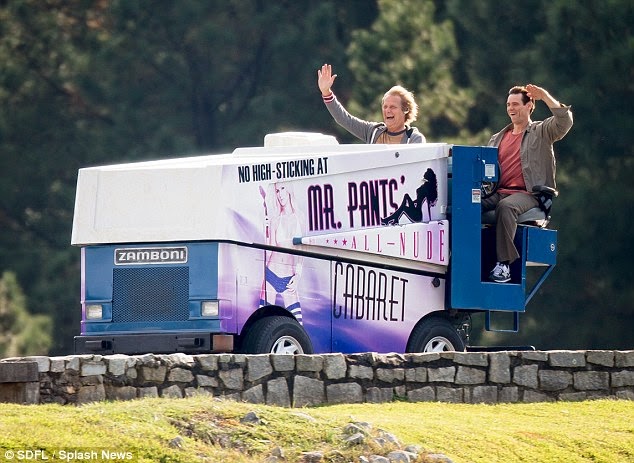 Dumb and Dumber To would've worked better as an SNL skit. Have Jim Carrey and Jeff Daniels reprise their famous roles in a cameo or two on SNL for the twentieth anniversary of the original film and be done with it. Short, sweet, funny.
But to make a sequel twenty years later that feels, for two straight hours, like Carrey and Daniels doing a bad impression of themselves in those roles, and then to pack the movie with the exact same jokes, I mean exact same jokes, that's not only lazy, it's pointless.

I can see what The Farrelly's were trying to do here: appeal to the large fan base of the first film by giving them everything the first film had. The problem is, we don't want to see the first film again, we want something new and fresh, but with the spirit and wit of the original. Recycling jokes, plot lines, characters and even facial expressions and dialogue from the '94 movie, at the end of the day just feels, dumb. 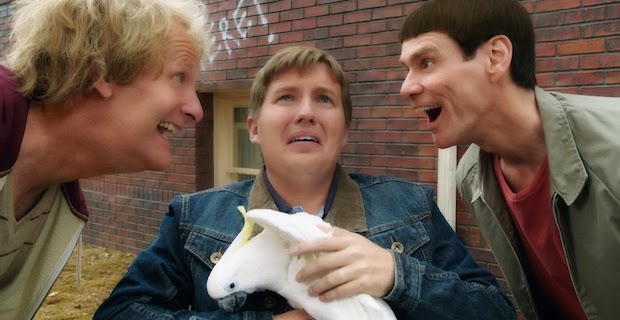 The original movie worked so well because it felt like something new. Film comedy has been around almost as long as cameras have existed to capture it. So in 1994, roughly 100 years into film history, for a comedy to come out that felt that fresh, fun and witty, it's no wonder it was a breakaway success. It's also no wonder its impact and fan base has only grown in the intervening years.
Dumber and Dumber To doesn't feel new, it feels like a cheap knockoff.

Another thing the original film had going for it was Carrey and Daniels themselves. In 1994, both actors were still relatively new to Hollywood, Daniels had been around for a while, but not in starring roles, and Carrey was smack dab in the middle of his breakout year. They both brought a fresh faced enthusiasm to their roles that helped the energy and in turn comedy of the picture.
In this movie, both actors' star have risen considerably (Carrey's has had a bit of a roller coaster trajectory) and that pep has diminished. True, they're both twenty years older and you can't expect them to have the same amount of energy and youthfulness at 50 that they did at 30, but it's more than that. Hence, the feeling throughout of the actors doing bad impressions of themselves in 1994, rather than stepping comfortably back into the roles. 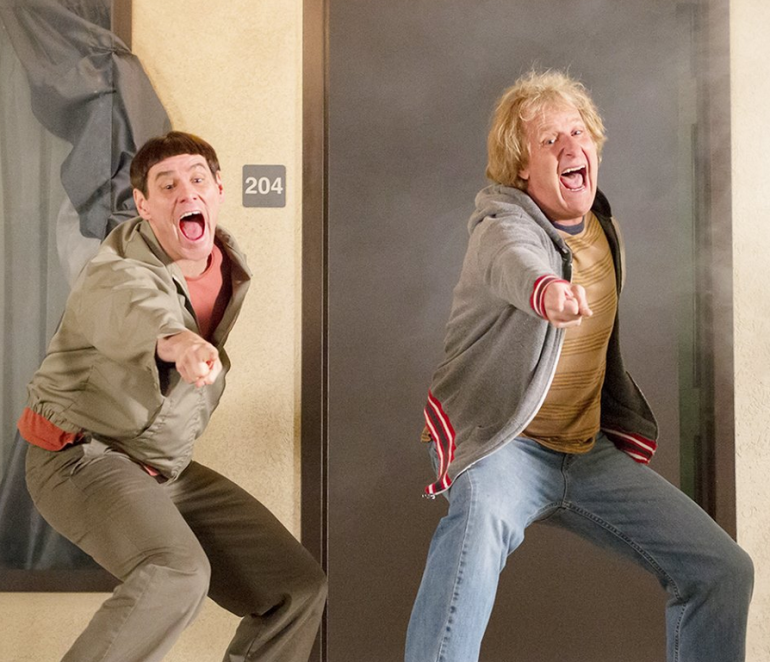 The movie isn't all bad though. Despite the fact the The Farrelly brothers' career has been on a steady decline since the late 90's, their humour has remained the same and if you are a fan of the lowbrow poo poo pee pee comedy they've pigeonholed, particularly the type found in their last few films, then you're in for laughs. I happen to be a fan of lowbrow poo poo pee pee humour and I laughed a fair bit throughout the film. The problem is that more jokes hit the ground with a thud than elicit the intended response from the audience. But if you're only aim is to laugh without consideration of story, wit or performance value, and if you find one grown man changing another grown man's diapers funny, then you're in for a treat. Everyone else would do better to re-watch the original classic in the privacy of their own hoam, homb, homm, HOME. Sorry, I'm having a reaction to the material.