There will be aggressive expansion 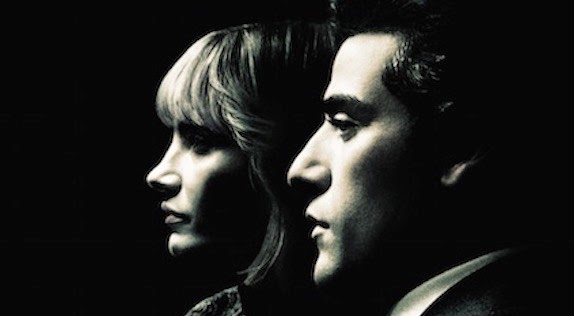 J.C. Chandor has to be admired. With only two previous full length features under his belt (this is his third), he has made a name for himself for creating smart, well crafted, original tales that feel much different than most of what is offered on the cinematic market today.
A Most Violent Year, like his impressive debut Margin Call, can best be described as a thriller of words. Or business noir if you like. They're stories that on paper don't look like they should be all that suspenseful or even particularly interesting. But in the way they're executed: the music, the acting, the dialogue, they become intense explorations of corporate corruption and entrepreneurial tenacity.
This gives them that most boring sounding of genre tags 'adult drama.' But the amazing thing about these films is how compelling Chandor makes them.

In A Most Violent Year, Oscar Issac is a man who is putting his whole life savings on the line toward expanding his business, a fuel farm via Standard Oil. But things become tricky when someone targets his trucks for repeated hijackings, stealing over $200,000 worth of fuel in the process and strange men with guns start showing up on his property.
While all that's going on, the FBI is applying pressure in an investigation into illegal business practises that seem to be the norm for the fuel business.
Then things get more complicated and more, and the dam seems about to burst for our hapless protagonist who's only wish is to build an empire in an honest, law abiding way.

The story spins against the backdrop of New York City, 1981. A year in the city's history notorious for its soaring crime rates, particularly in area of violent crime (hence the movie's title). It provides an interesting historical backdrop to the narrative and is used in the same way the Obama/McCain presidential elections were in Killing Them Softly: a contextual buffering of the story, rather than a device which directly impacts it.

The movie's anchored by Oscar Issac. First of all, his character is admirable. He's not perfect. There are hints that he's had his dishonest days, but his resolution to run an honest business, especially when it would be much easier to take the easy, less legal road, is always at the forefront of his actions. An uncorrupt man who is flanked on all sides by varying levels of corruption always makes for compelling viewing.
Isaac himself is fantastic in the role and is surrounded by a basket of impressive supporting performances.

Unfortunately, A Most Violent Year is a film with a great deal of buildup to which the climax doesn't entirely satisfy. Every scene is filled with a pervading sense of doom and tension. You consistently feel as if something bad's about to happen. It gives the whole affair a level of anxiety that fits the film if not the story.

A Most Violent Year is a film that is somewhat misleading. It promises more than it delivers, but it's an interesting film and an interesting look at the pursuit of capitalism.
It feels, and plays, like 70's filmmaking through and through: intelligent, precise and gritty. It's even got that desaturated, honeyed look that the first two Godfathers had. It's not as well crafted or sure of itself as Margin Call. And it's not as compelling or brave as All Is Lost, but it retains J.C. Chandor's current position within the film industry as a talent to watch. Maybe for his next film he could mix what he's already done and give us a film about a massive oil spill that threatens...oh, he is. Never mind.