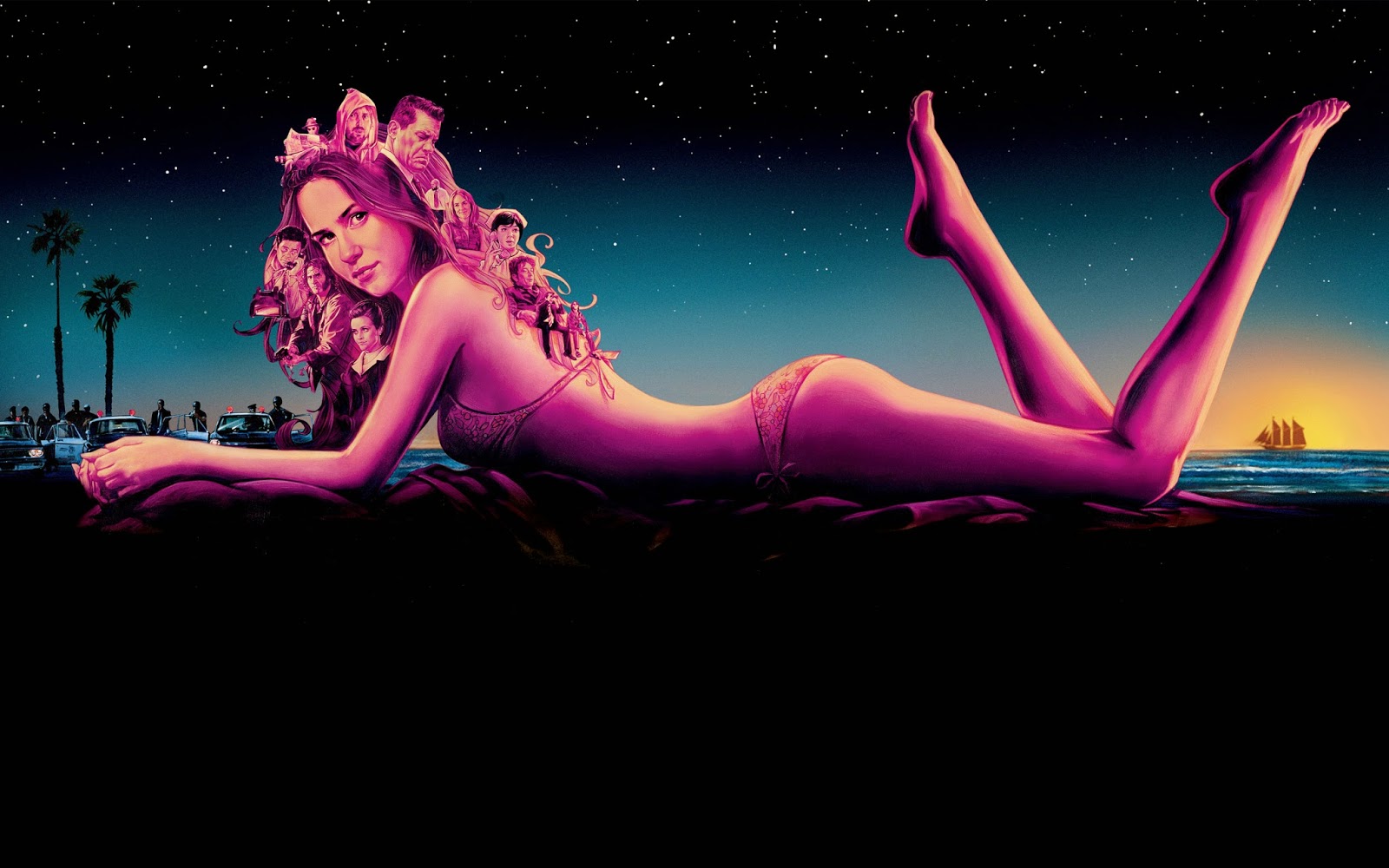 I didn't rate Paul Thomas Anderson's last film The Master because, even after three viewings, I didn't quite know what I'd seen. I was having trouble processing it. I don't know if I was being too hard on the film, or too soft, but I felt that there was a masterpiece somewhere within those frames and, with time and repeated viewings, it would reveal itself to me.
That quandary hasn't quite been resolved yet, though I do like the film more and more the more I watch it, but I'll have to put that aside for now because, as if Anderson is saying 'it's not you, it's me', here comes Inherent Vice. Talk about not knowing what to make of a movie.

Inherent Vice is based on the 2009 book by Thomas Pynchon. To say Pynchon's books are complicated and strange is an understatement. This particular story concerns a beach dwelling P.I. stoner named Doc. An ex girlfriend of his comes to him one night asking for help. She's being pressured into helping a woman and her boyfriend rip off her very rich husband and commit him to a loony bin to make it stick. And off Doc goes to look into the case. And if that's all this movie was, it would be a funky, fun little tip of the hat to Raymond Chandler, the  end of the hippie era, and beachside California dreaming.
But that's not all it is. That's not even close. In fact, that's only the first scene.
As the movie unfolds like red velvet carpet that has no end, simply keeping up with the story becomes a struggle right off the bat.
In nearly every scene, we're being introduced to characters. Some hang around, some pop in and out, and some are walk on parts that seemingly exist only to befuddle poor Doc, and us, as we attempt to navigate these bloated narrative waters. 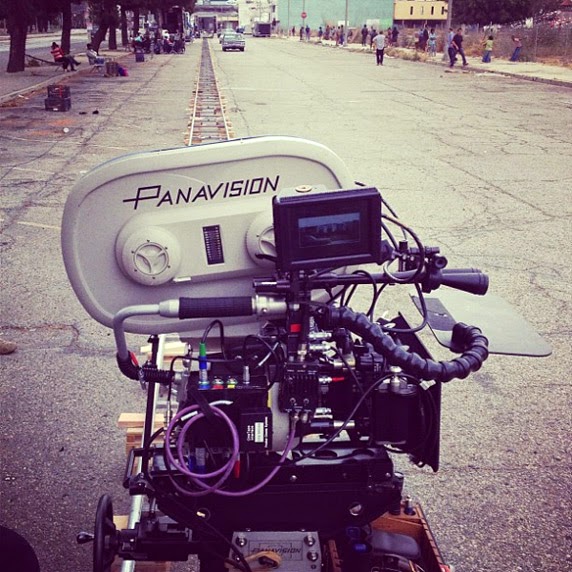 If this sounds frustrating, you will not like this movie. There may be things you like about it: the cast is top notch. Joaquin Phoenix is mesmerizing and was born to play this role. Josh Brolin, Benicio del Toro, Martin Short and Owen Wilson, to name but a few, are all fantastic as well. The movie is filled with beautiful filmmaking. Paul Thomas Anderson loves close ups that fill the screen with someone's face, leaving them no room to betray emotion. His framing is exquisite. A still photographer could do themselves a world of good just by studying his films. And the cinematography, on a fog choked dock; on ocean waves rolling onto the beach; on single shot steady cam takes that are so well done you don't even notice them unless you know what you're looking for; is gorgeous.
And the soundtrack, by now regular collaborator Jonny Greenwood, as well as an eclectic selection of choice song cuts, is fantastic.

But good acting and pretty photography does not a good movie make. And unless you're zeroed right in on the story without distraction, able to keep a running page filled notebook in your head of names, places, events and conspiracies, while still staying on top of whats happening right now, you will get lost quick and likely feel unsatisfied by films end. Probably not quite sure of entirely what you just saw, or why.

And I'm with you. The first time I saw the film, I stopped even attempting to keep up with it twenty minutes into the two and a half hour running time.
So I left, perplexed, and came back the next day and watched it again. And put all my  energy into keeping track. And I did. I'm not an overly intelligent man, but I would say most people would do themselves a favour by, if you're going to see it at all, seeing it two or three times to get the full picture.

I'm also not convinced Anderson, or Pynchon for that matter, want you to entirely keep up with it. I think it's orchestrated in a way that is meant to give you a headache. I can imagine their glee in constructing this story, on page and on screen, respectively, imagining the frustration it will cause the consumer in trying to keep it all straight. Which is a very punk rock thing to do. Keep them confused. But I think, after spending five hours with it, I have a pretty good idea of where it was headed and how it went about getting there. Whether it was walking in a straight line, or running in circles, or tripping over its own feet and doing somersaults down the boardwalk. And I loved it. If nothing else, it truly felt like an experience. In fact, for a movie that is almost entirely made up of people talking to each other in rooms, its manic energy and gleeful paranoia make it feel more like an action movie than anything else. Gumshoe action noir erotic drug fuelled paranoia on the beach. I can dig that.