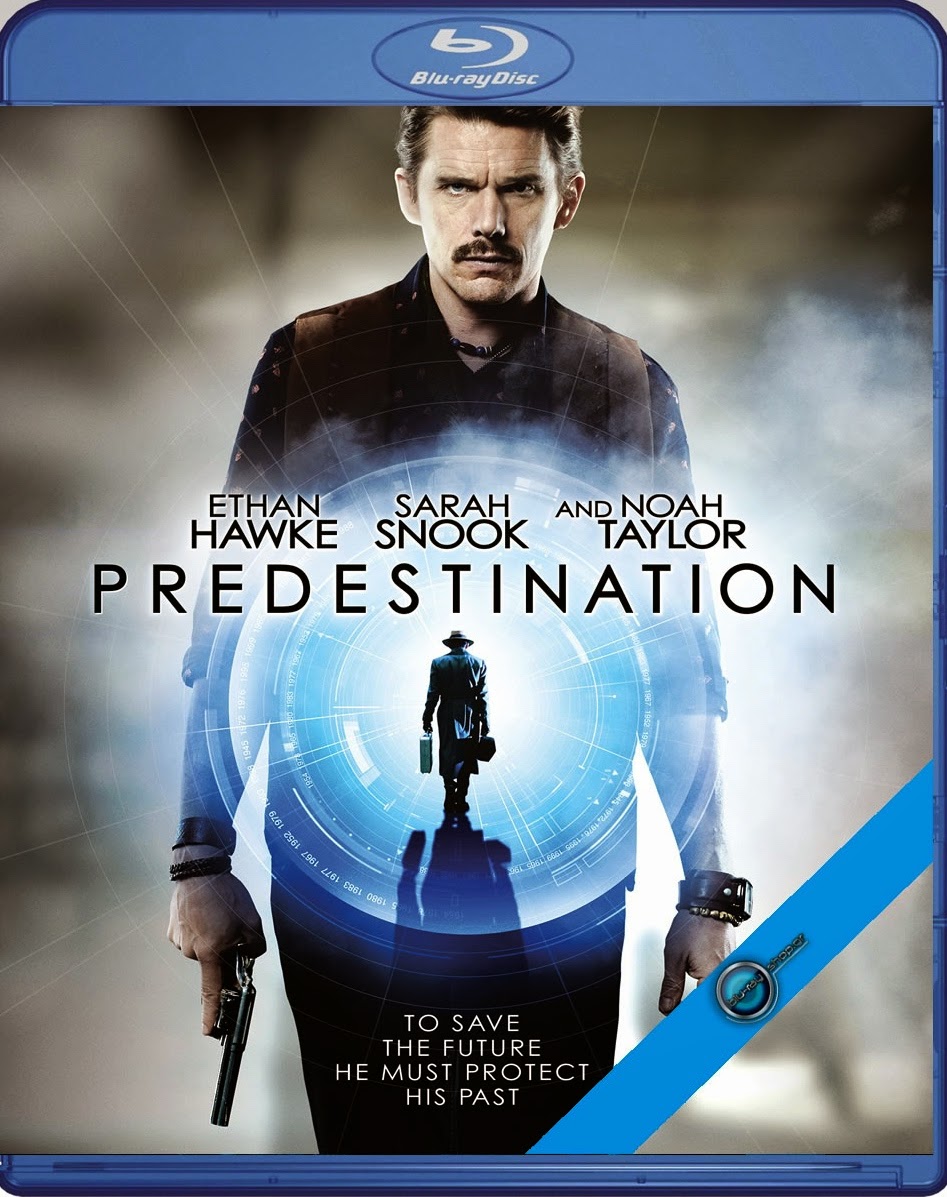 Movie: They say there are only seven basic plots. With that in mind, you can forgive movies like Predestination for at times feeling more like a hodgepodge of its obvious influences than a beast unto itself. Right off the bat, the films atmosphere and visual aesthetic has a very Dark City vibe to it. As the plot unfolds, Memento, Back to the Future, Inception, Looper and of course Minority Report all come to mind frequently. But the same thing happens when I watch Tarantino flicks. A movie wearing its influences on its sleeve isn't necessarily a bad thing if the film uses them to bring something new and fresh of its own to the table. And Predestination does this in spades.

Truly a film that is hard to sum up in a few short sentences, or even a few short paragraphs, the best I can do is to call it a time travel, coming of age, film noir detective story with no shortage of existentialism thrown in for good measure. 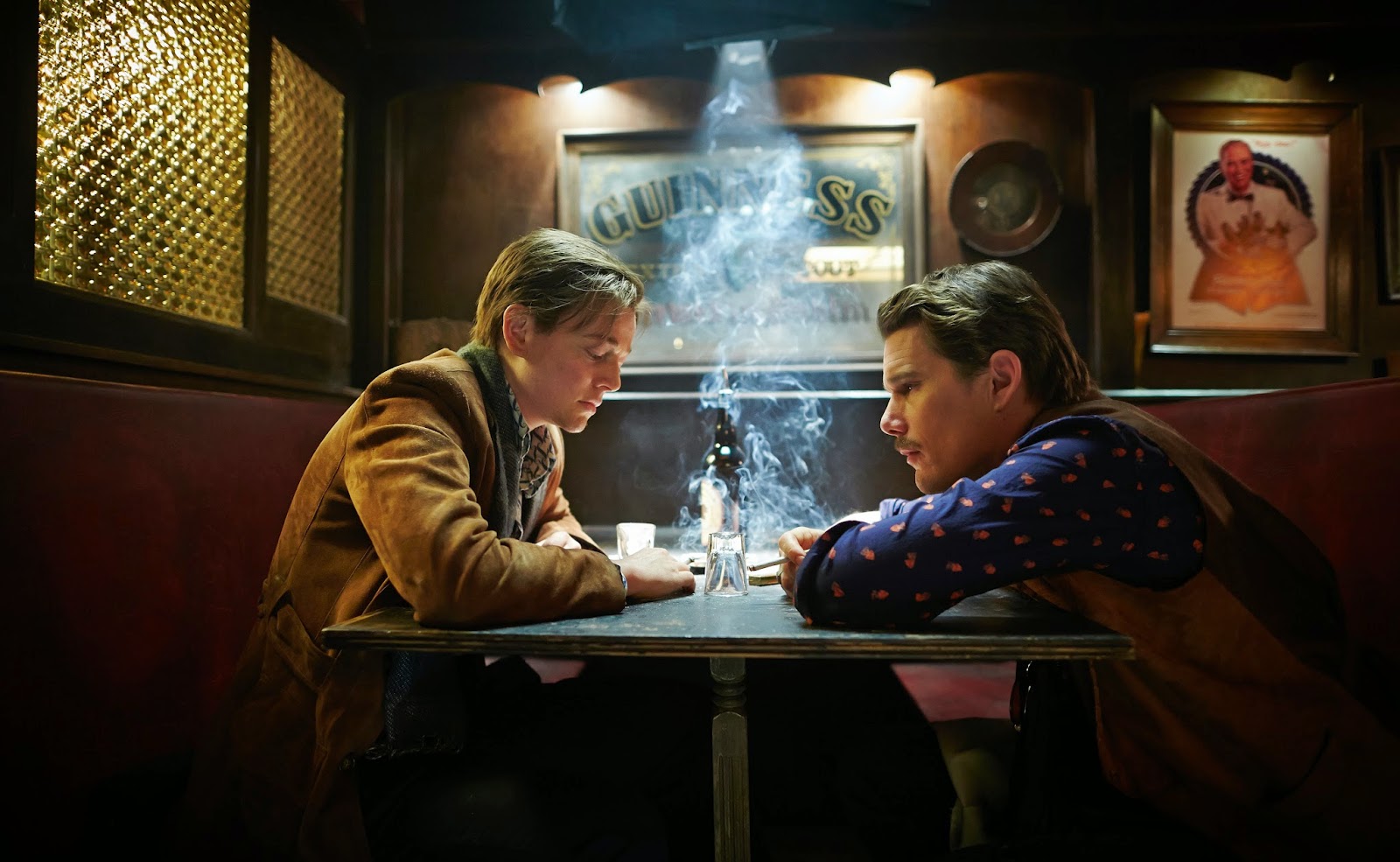 Ethan Hawke plays a man who is a sort of time travelling crime prevention CIA agent who must find a terrorist in 1970's New York City known as 'the fizzle bomber' who is on a bomb happy rampage which has the city in a perpetual state of anxiety. As he is on the hunt, he comes across a man in a bar who tells him an amazing and hard to believe story which makes him think that this man would be perfect for the agency.
That only scratches the surface of the plot though and the film uses its time jumping devices, its alternate universe setting (time travel is invented in the 80's on Predestination's earth) and its unique (to say the least) character arcs to tell a story which is both compulsively enjoyable and somewhat baffling the first time around. Truly this is a film which benefits from multiple viewings. It ties itself up in the end in a brave and exciting way though and leaves a pleasant aftertaste.

Extras: Predestination is available on both DVD and Blu-Ray (and digital of course) and I have to say, unless for some reason you're behind the times and don't own a Blu-Ray player and don't plan on getting one, if you're going to buy this movie, spring for the Blu-Ray. If extra features mean nothing to you, then by all means stick with digital. The extra features on the DVD versus the Blu-Ray are substantial in that the DVD's are a joke and consist of a blooper reel, which is just a two minute clip of flubbed lines, smiles cracked after the director yells cut and props falling over or misbehaving during a take. There's also a five-ish minute featurette which is more or less a tv spot to promote the film and is completely pointless if you own the Blu-Ray because all the material in it is in the Blu-Ray Exclusive.
The Blu-Ray Exclusive is a feature length documentary covering all aspects of the making of the film from casting and pre-production to make up, costumes and sets, filming and post-production. It's entertaining, very informative and a nice overall crash course in how lower budget films must remain frugal and be consistently inventive in the way they shoot in order to stay within budget. Again, it's the only feature worth seeing, but it's a good one and worth getting the film on Blu-Ray versus other formats. It also, I believe, takes the place of a commentary track. Which makes sense as anything they'd talk about in a commentary can already be found in the documentary. 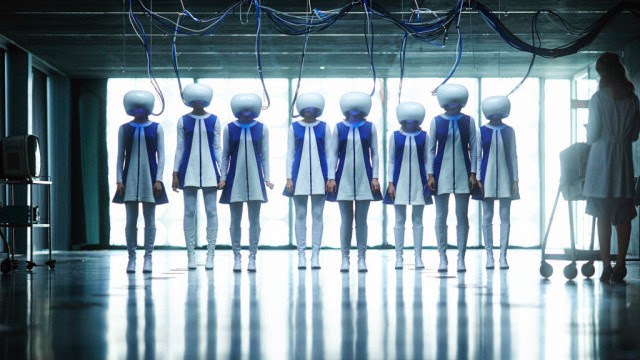 Verdict: Predestination is one of a great number of quality films that seem to slip through the cracks until they hit home video and word of mouth gives them a second go around. This is a movie that could have easily received a wide release, but was relegated to limited screens and a same day on demand digital release. It's worth checking out now though. It's entertaining, surprising, somewhat mind boggling and very well made by the talented Spierig brothers. It's got great performances from a talented cast and impressively rises above its genre limitations by embracing them.

If you're into special features and the way movies are made, the Blu-Ray Exclusive feature is well worth your time and a sort of film unto itself.
The quality of the picture is also razor sharp on the Blu-Ray and the sound is room filling and well mixed.

Long review short, if you're looking for something nostalgic but new, something different but fun and something challenging but sweet in its own strange way, look to the future (past). 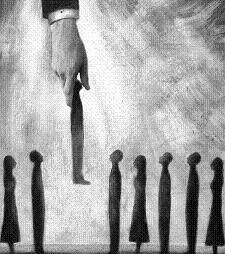