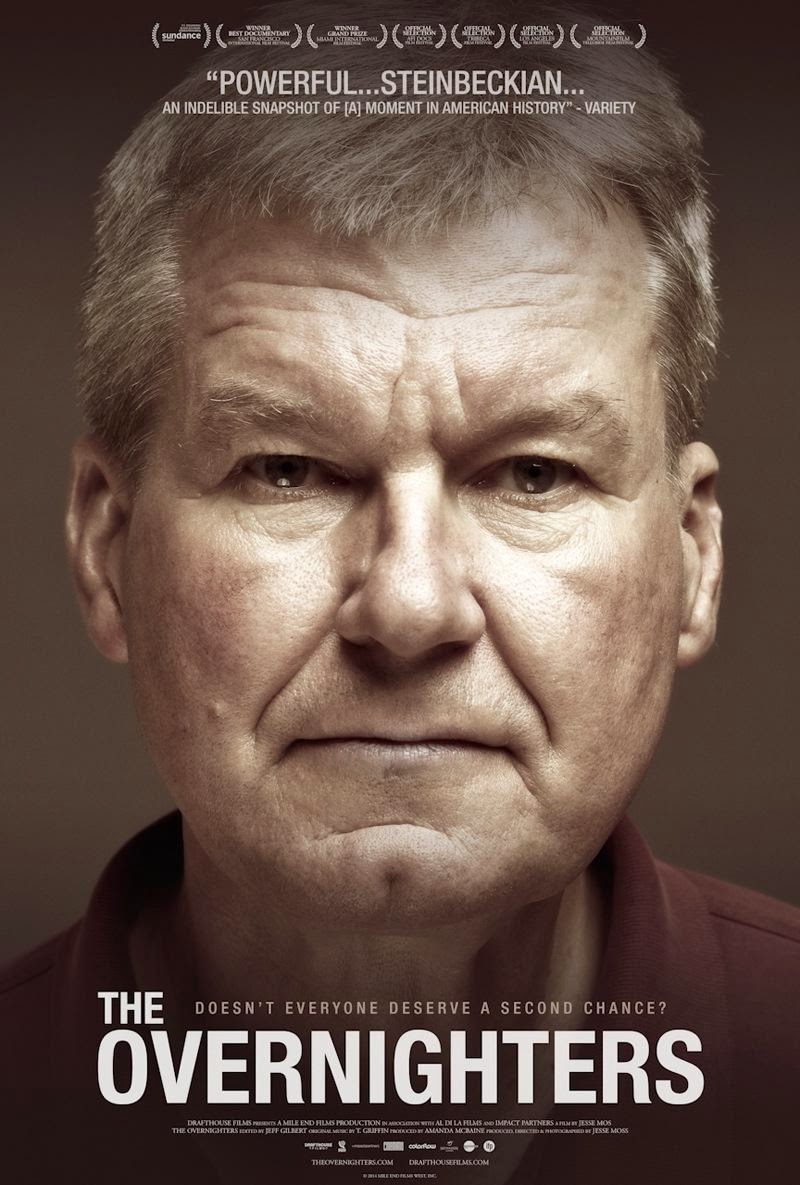 The Overnighters is a succinct, hard hitting documentary that concern a small oil boom town in North Dakota whose high paying jobs bring people from all over the country, in search of a new start, financially and otherwise. When they arrive though they discover that the town is sorely under resourced for places to sleep. A local Lutheran pastor opens the doors of his church to allow these men a place to sleep. He calls them 'the overnighters.' The community doesn't think this is such a good idea though and with their families safety in mind, they lobby to have the overnighters program stopped.

As the documentary unfolds filmmaker Jesse Moss is blessed with something every documentary filmmaker prays for when he decides to shoot a subject: unexpected twists, turns and deeper levels of drama and revelation that all conspire to create something dark, difficult and true.

The movie's been described by many as a real life 'Grapes of Wrath' and with good reason, but it's more than that. It's a portrait of the mirage that is the American Dream. And it's a look at broken men. Spiritually and emotionally. It's a fascinating and polarizing portrait of middle America and the human condition.  Highly recommended.