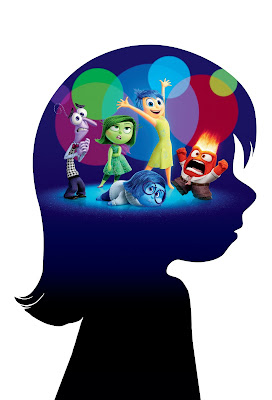 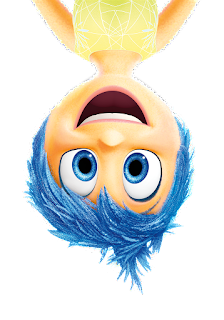 It's hard to be a kid. It's hard to be an adult as well. But when things go wrong for adults, they can use logic and assessment and other analytical tools they've learned and possibly sharpened over the years to gauge what went wrong and why and how it can be avoided next time. When things go wrong for a child, things have just gone wrong. It's cruel and unfair and seems to serve no purpose beyond making their lives miserable for that moment in time. Luckily, kids are pros at bouncing back. I've seen my own children get madder or sadder than they've ever been and thirty seconds later, they're laughing and playing and the trauma is forgotten. Not so with adults. With adults, when something we perceive as traumatic happens to us, for many of us, it sticks. It's hard to shake and takes little to bring it bubbling to the surface again. 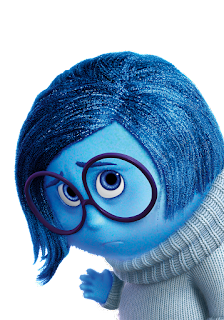 If Inside Out was a movie about the voices in my head, it would be a much, much different movie than the one Pixar has made here. I don't sense that there's as much harmony in my head as there is in the head of Inside Out's Riley. But that's one of the film's many strengths. It stars a normal girl. An everygirl, if you will. She's not gorgeous, or rich. She's not the daughter of a diplomat or a superhero. She doesn't have superpowers herself, and her favourite thing to do is play hockey. Not exactly a rare breed up here in Canada. What makes Riley special is what she's made of. It's what's inside that count. And what's inside Riley are five emotions that determine how every day will go. The goal of the five emotions seems to be to create good memories. That's the goal for Joy anyway. And keeping Anger, Fear, Disgust, and especially Sadness at bay is a full time job. 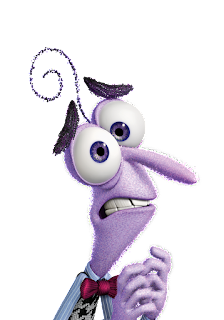 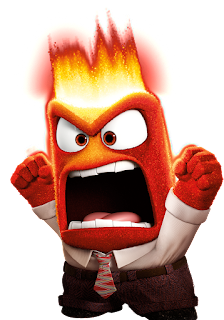 As Riley starts to grow up and things start to change, like moving to a new city and having to start everything over again (boy, do I know what that's like), some of her emotions, Sadness in particular, are finding themselves compelled to complicate Riley's joyful manner. When Joy and Sadness are sucked from Mind Control into Long Term Memory, they have to try to find their way back to Riley before she loses all her Personality Islands and becomes a bitter shell of nothingness. Pixar has always been fantastic at making their films ageless. For adults, there are deep thoughts and ideas in this movie, things that will make you think and feel. Certainly laugh, maybe cry. And it presents the most complex area of human physiology (the brain), in an educational, imaginative way that is easy to understand. But if you bring your three year old to the film, they will have just as good a time as you. Because the film is also a colourful, exciting, action packed ride about things we all go through as early as our earliest memories are formed. 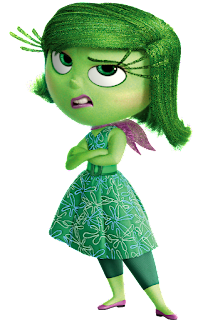 Another masterstroke of Inside Out is in its casting. It may seem obvious once you've seen the movie, but whoever first thought to hire Amy Poehler, Phyllis Smith, Mindy Kaling, Bill Hader and Lewis Black, as Joy, Sadness, Disgust, Fear and Anger, respectively, was a genius. Think about it. Think about what emotion each of these actors reminds you of and then try to imagine anyone else voicing those characters in the film. It might be the best casting of the year. At the end of the day though, Pixar's greatest achievement with this movie, for me anyway, is helping me to realize a very important thing about the emotions which guide us in our day to day. Which is that every emotion we feel, Joy, Sadness, Fear, Anger, Disgust, are there for a reason. They're all important and they all have a purpose and a function and they all work together to make us who we are. Sometimes you need to be sad before you can be happy. Sometimes you need to be afraid before you can safe. Or angry, or disgusted. There's nothing wrong with being any of those things at certain times. After all, how will you know you've had a good day if you've never had a bad one?
Now if only I could get those other emotions to suck themselves out of my Mind Control and get lost in Long Term Memory. You hear that Judgement, Envy, Anxiety and Low Self Worth? Nobody likes you! Get lost! 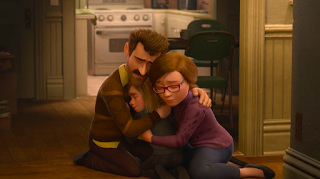 Verdict: Inside Out is the full package. A movie about emotions that will put your own through the ringer. It's big, it's bright, it's fast paced and fun and deep in a way most animated films are not. One of the best films of the year and one of the best Pixar films ever.