A child without a childhood 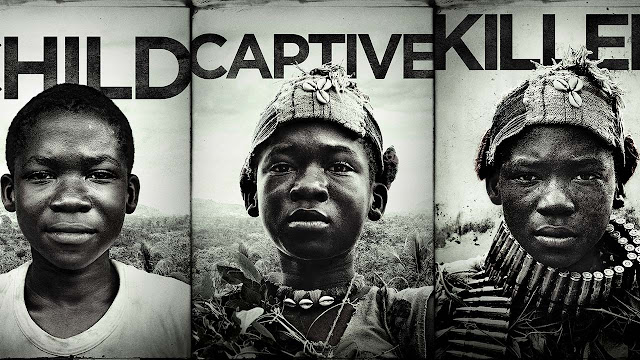 Beasts of No Nation is a heartbreaking tale of a child, Agu, who's family is killed and run out of their West African village. Agu has grown up in the grip of civil conflict wherein a dead body or the sound of machine guns popping off in the distance is just an everyday part of life. When the military chases him off into the bush after killing his father and brother, he comes across a band of rebels who take him in and transform him into a child soldier and, in effect, a killing machine.

The film is based on a book by Uzodinma Iweala. According to Wikipedia, the book was an expansion on the thesis he wrote while attending Harvard. And while the book and the film are fictional, they fit firmly in the 'docudrama' category. That is, a fictional character or story dropped in to a real setting or conflict. And with Beasts, you buy every minute of the story that unfolds before you. Of course, this is Africa. Google the top ten most war torn countries in the world right now and a good half of the list will be African ones. The destruction and devastation that has gone on in parts of Africa for so many years is more or less unfathomable to people lucky enough to call places like Canada or the U.S. home. And director Cary Joji Fukunaga, who directed the similarly brutal and touching film Sin Nombre, about the Mexican cartels and the warring at the Mexican/American border, approaches Beasts with the observant eye of a documentarian all the way. 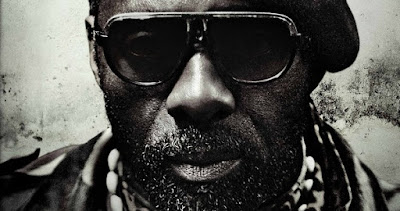 A lot has been made of the performances of both Idris Alba, who plays the charismatic and dangerous leader of the rebel group Agu joins, and who we know from classic shows like The Wire and Luther, as well as a bevy of popular films. And of Abraham Attah, who plays the very difficult and important role of Agu. Abraham was born and raised in Ghana in West Africa and this is his first acting gig. The character of Agu goes through a great many changes throughout the course of this film. As the poster above shows, he goes from child, to captive, to killer. He encounters great atrocities and causes great atrocities himself. Agu's character is changing in every scene. In every scene, he is learning and growing and becoming something else, sometimes better, sometimes worse. It's a tremendous arc and Abraham Attah deserves an Oscar for the naturalism, maturity and bravery with which he pulls it off. He's already won an award for his performance in Venice, I hope he and Alba, who is also brilliant and puts in his best performance to date in this film, win many more.

Beasts of No Nation is a tricky film to recommend. On the one hand, I recommend it whole heartedly and cannot compliment the efforts of the filmmakers and cast enough in bringing this story and vision to life in a such an honest and effecting way.
On the other, it's not an easy film to watch. But it isn't supposed to be. Death, rape, destruction and devastation in parts of Africa are a real problem and child soldiers doing and seeing things no child should see or do is a real thing in these places. In some cases whole armies are made of kids who aren't old enough to ride in a car without a booster seat in North America. And Fukunaga doesn't shy away from the hard stuff. If he did, if he watered down the realities of these civil wars in these poor countries, he would be doing them and us a disservice. This is the way it is. It isn't pretty, because it really isn't pretty. But there's no glorification here. Nobody will walk away from Beasts of No Nation thinking 'damn, that's cool. I wish I lived somewhere like that.' So if you're sensitive to these depictions of violence, this won't be an overly enjoyable couple of hours.
But I would still recommend it, because I think it's an important document of a real crisis and a very well made and executed (no pun intended) work by a talented group of people.
If nothing else, it will make you First World citizens grateful for the country you live in and that dead bodies and the popping of machine guns at all hours of the night isn't an everyday part of life.