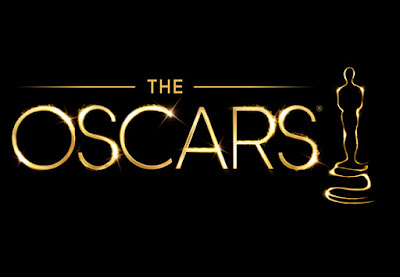 I have to say, accusations of racism and boycotts aside, this year's Oscar nominee list pissed me off more than any other. The snubs feel like more than snubs this time around, they feel like the Academy's cruel way of saying, 'you suck'. I know, it's just the Oscars and at the end of the day, who really cares if one rich and famous person takes home an award and another rich and famous person doesn't. But even within this celebration of ego boosting, self gratification for the already egotistical and self serving, some of the omissions on this year's ballots piss me off, like I said.
I won't go through all of my complaints, but the big ones are definitely that Carol, which was one of the very best films of the year, did not get a Best Picture nom. Or a Best Director nom, with all of its exquisite direction. Also missing from the Best Picture category are Inside Out and Anomalisa. Both of which were nominated for Best Animated Film, but both of which could easily have filled out the ten available spots on the Best Picture ballot.
Other major snubs included acting nods for Idris Elba, for his brilliant work in Beasts of No Nation. A role which he has been cleaning up with at other awards shows. And Will Smith for Concussion. I know I liked Concussion far more than anyone else seemed to, but this was one of Will's best performances and deserved a nod.
Also baffling is the inclusion of both Rachael McAdams for Spotlight, a role in which she does nearly nothing of note. And Tom Hardy for The Revenant. I love Tom Hardy and think he is often great, but I didn't like him in this. He has an imposing figure to be sure, but his grunting and groaning throughout this movie was less than impressive. Whereas that slot could have been given instead to Liev Schreiber for his brilliantly understated performance in Spotlight.

But, the ballots have been cast, the choices made and the tears must now be dried. Here are my predictions for the 2016 Oscars:

Best Picture:
Who Should Win: Spotlight (although I liked The Revenant more overall, I think it would be a wonderful, wonderful thing if Spotlight took Best Picture this year, not only because it's a great movie, but more so for what it would do in bringing awareness to the hypocrisy and criminality of the Catholic church in perpetrating these awful crimes on children).
Who Will Win: The Revenant

Actress in a Leading Role:
Who Should Win: Charlotte Rampling (45 Years)
Who Will Win: Brie Larson (Room)

Actor in a Supporting Role:
Who Should Win: Mark Rylance (Bridge of Spies)
Who Will Win: Sylvester Stallone (Creed) (legacy award. No contest)

Actress in a Supporting Role:
Who Should Win: Alicia Vikander (The Danish Girl)
Who Will Win: Kate Winslet (Steve Jobs)

Animated Feature Film:
Who Should Win: Anomalisa
Who Will Win: Inside Out (no contest)

Writing (Adapted Screenplay):
Who Should Win: Phyllis Nagy (Carol)
Who Will Win: Charles Randolph and Adam McKay (The Big Short)